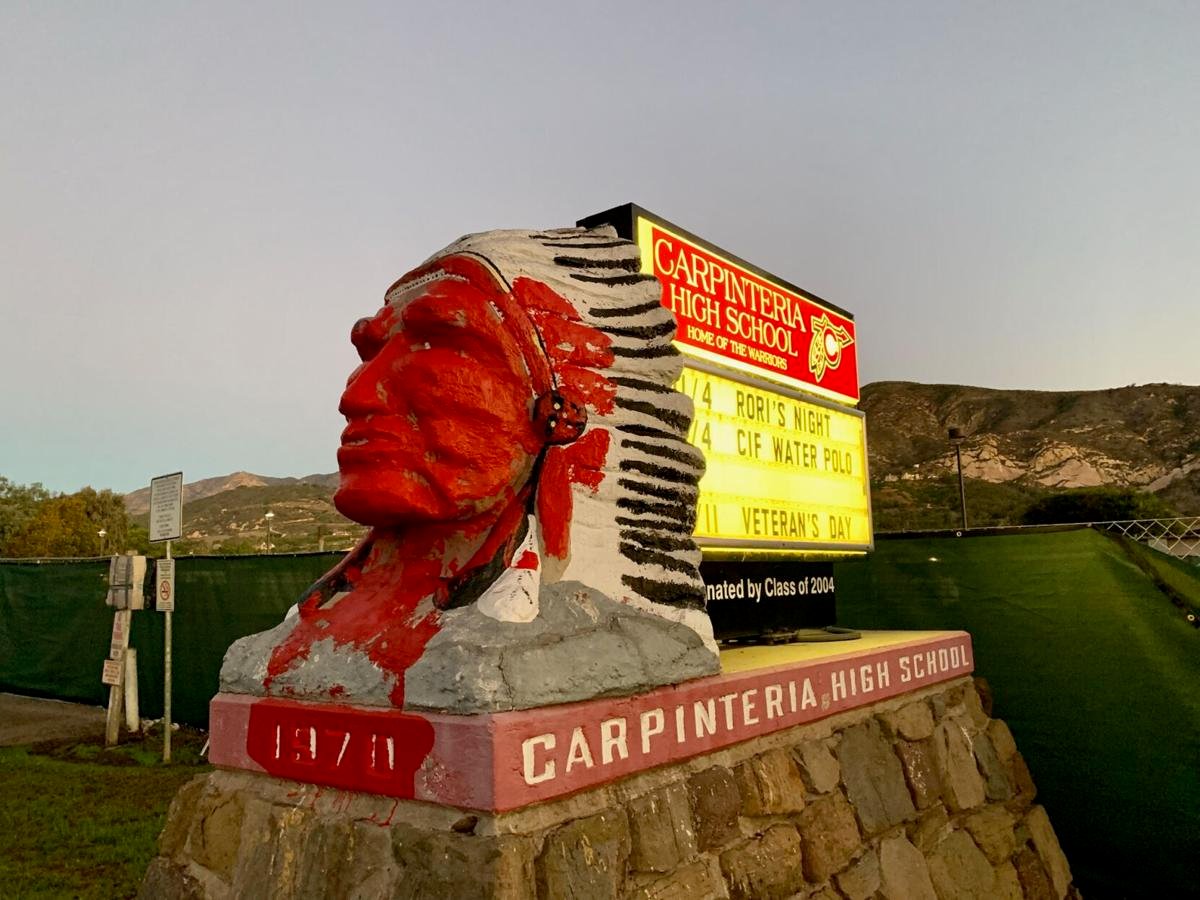 On Thursday morning, the Warrior Head statue at Carpinteria High School was found vandalized with red paint. No suspects have been identified as of Monday. 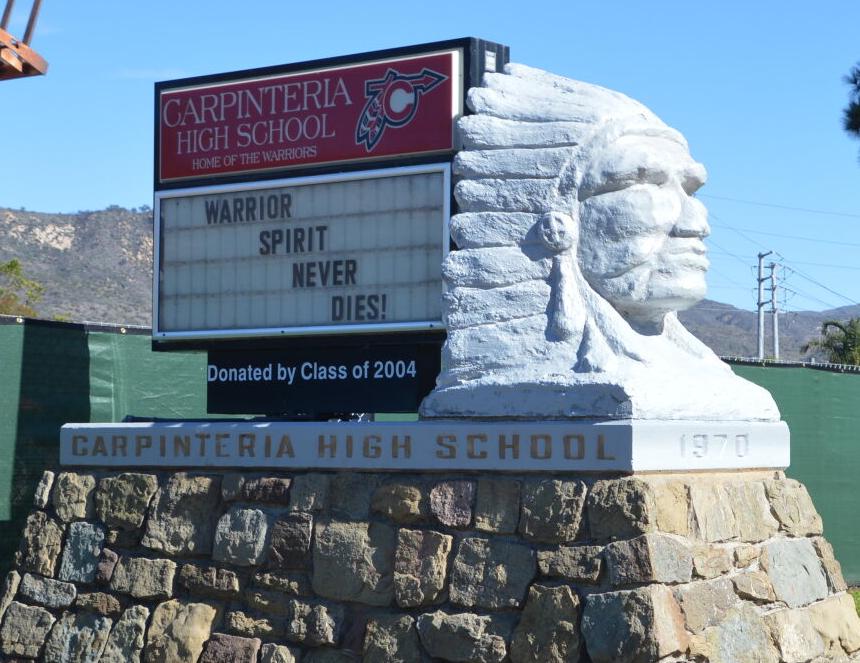 The Warrior Head statue was painted over by the district after it was vandalized with red paint.

On Thursday morning, the Warrior Head statue at Carpinteria High School was found vandalized with red paint. No suspects have been identified as of Monday.

The Warrior Head statue was painted over by the district after it was vandalized with red paint.

Last Thursday, Carpinteria High School staff arrived at the school and discovered that the Warrior Head statue, located near the school’s front entrance, had been covered in red paint. A suspect has not been identified as of Monday.

A report from the Santa Barbara County Sheriff’s Office said the paint appears to be “brushed on.” Deputies searched the area but were unable to locate any witnesses. According to the sheriff’s office report, construction equipment might have obstructed the high school camera’s view of the statue.

“The Warrior Head vandalism is reprehensible, and we are reviewing our cameras to identify the perpetrators. We would appreciate anyone with more information about this incident to contact us,” Superintendent Rigby said in a statement last week.

The district has faced fierce criticism in the past over the statue, which was donated to the school by the CHS class of 1970. In 2009, the CUSD school board narrowly voted to remove several uses of the Warrior head imagery on athletic patches and floor mats, but chose to keep the statue in place, after a student who identified himself as part-Chumash asked the school to remove the Warrior Head symbol.

Thursday’s vandalism came two weeks after the school board voted 0-5 not to redesign the Warrior Head statue, citing the $28,000 cost of the redesign and the statue’s past controversy.

The motion to redesign the school’s sign was originally brought up due to the statue’s deteriorating condition, Rigby explained during the meeting. Public commenters during that meeting asked board members to consider repainting the statue rather than removing or redesiging it.