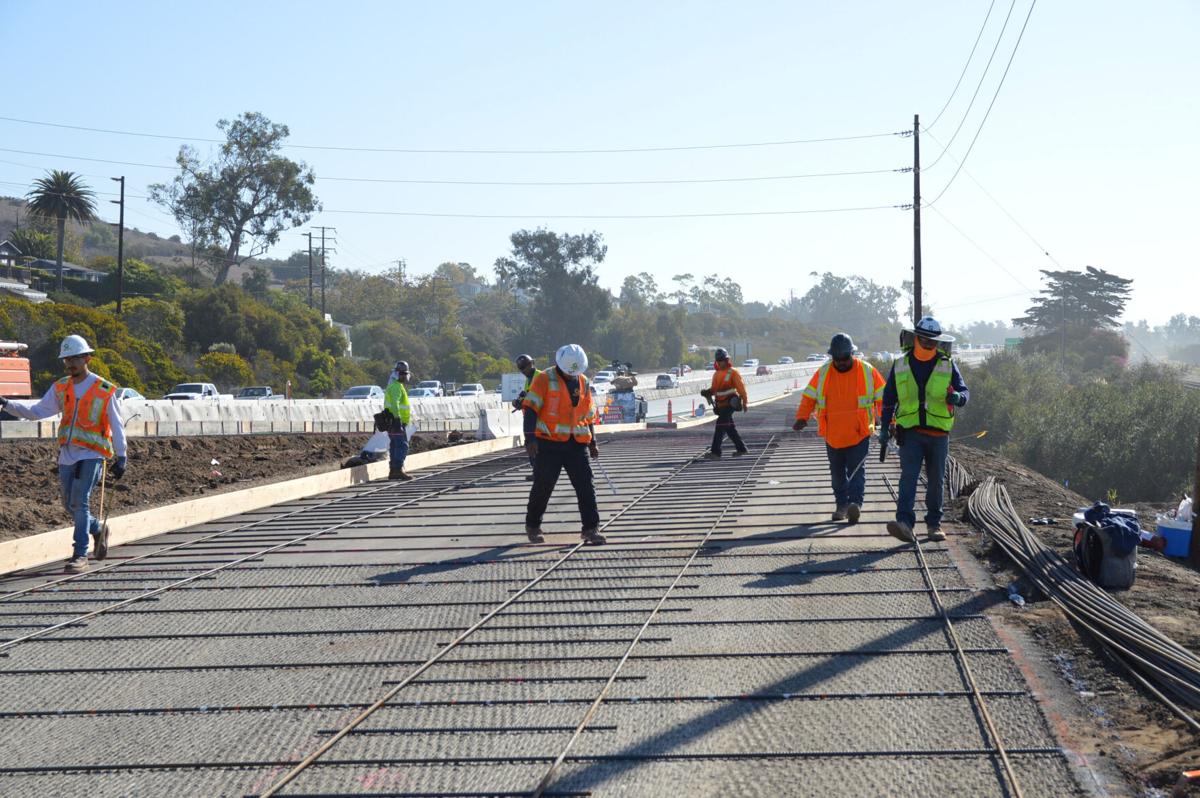 In Summerland, construction crews are installing rebar and pouring concrete for the southbound on-ramp at Wallace Avenue. 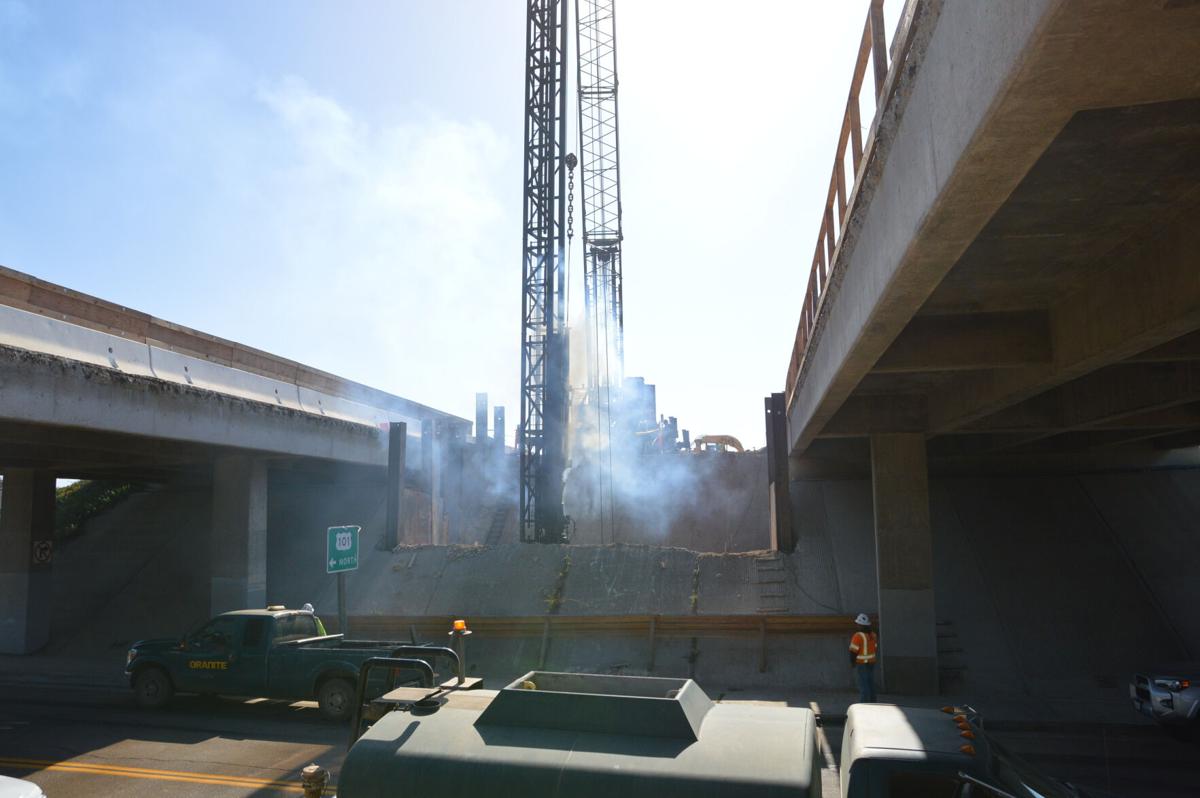 At Santa Claus and South Padaro lanes, crews are working on pile driving, providing foundational support for the interchange. 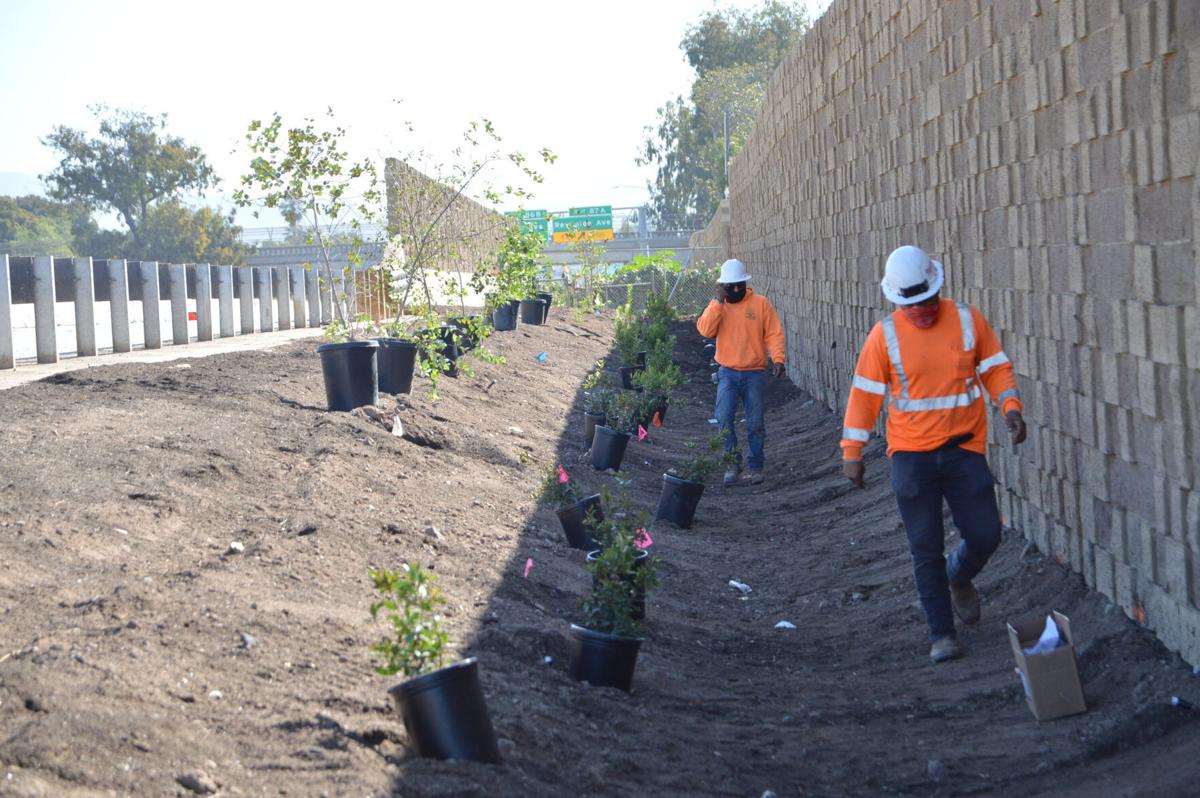 In Carpinteria, construction crews are landscaping near the southbound off-ramp at Carpinteria Avenue.

In Summerland, construction crews are installing rebar and pouring concrete for the southbound on-ramp at Wallace Avenue.

At Santa Claus and South Padaro lanes, crews are working on pile driving, providing foundational support for the interchange.

In Carpinteria, construction crews are landscaping near the southbound off-ramp at Carpinteria Avenue.

Several lane, on- and off- ramp closures continue as construction moves forward on the Highway 101 project.

The Santa Monia Road on- and off-ramps continue to be closed, for an anticipated reopening of Nov. 22; drivers can detour at South Padaro and Santa Claus lanes. The on-ramp at Wallace Avenue will reopen later this month, on Oct. 30.; drivers can detour at Evans Avenue, Lillie Avenue or at the North Padaro Lane southbound on-ramp.

On the southbound side, one lane between North Padaro and Santa Claus Lane will be closed on Sunday nights between 10 p.m. and 7 a.m. One lane between Sheffield Drive and Bailard Avenue will also be closed between 8 p.m. and 7:30 a.m. on Monday through Thursday nights.

The on- and off-ramps at Sheffield Drive are still closed. The off-ramp is scheduled to reopen at the end of 2021, while the on-ramp will re-open in 2023.

In Summerland, construction continues on the new southbound lanes; crews are focusing on installing rebar and pouring concrete on both the new lanes and for the on-ramp at Wallace Avenue. Crews are also pouring concrete for retaining walls and lane improvements near Ortega Hill.

At the Evans Avenue undercrossing, construction workers will soon remove portions of the overhang and the retaining wall; at Greenwell Creek, new irrigation will be installed for the tree habitats. At the Sheffield Drive interchange, new columns and side supports are being worked on for the new bridge.

Near Padaro Lane, crews continue to work on grading and drainage improvements. At the interchange of Santa Claus and South Padaro lanes, crews are working on pile driving to help support the structure and foundation footings.

The new concrete mix site, installed earlier this month, remains at the North Padaro interchange, helping crews make concrete for the new northbound paving lanes in Carpinteria. According to a press release from the project, mixing the concrete on-site – reducing water use and saving transportation costs – will save $10 to $15 million.

In Carpinteria, crews continue to pave the new concrete, implement drainage improvements and install sound walls. Crews also continue to focus on intersection improvements, such as cross walks, traffic signals and bike lanes, near the Santa Monica and Via Real intersection.