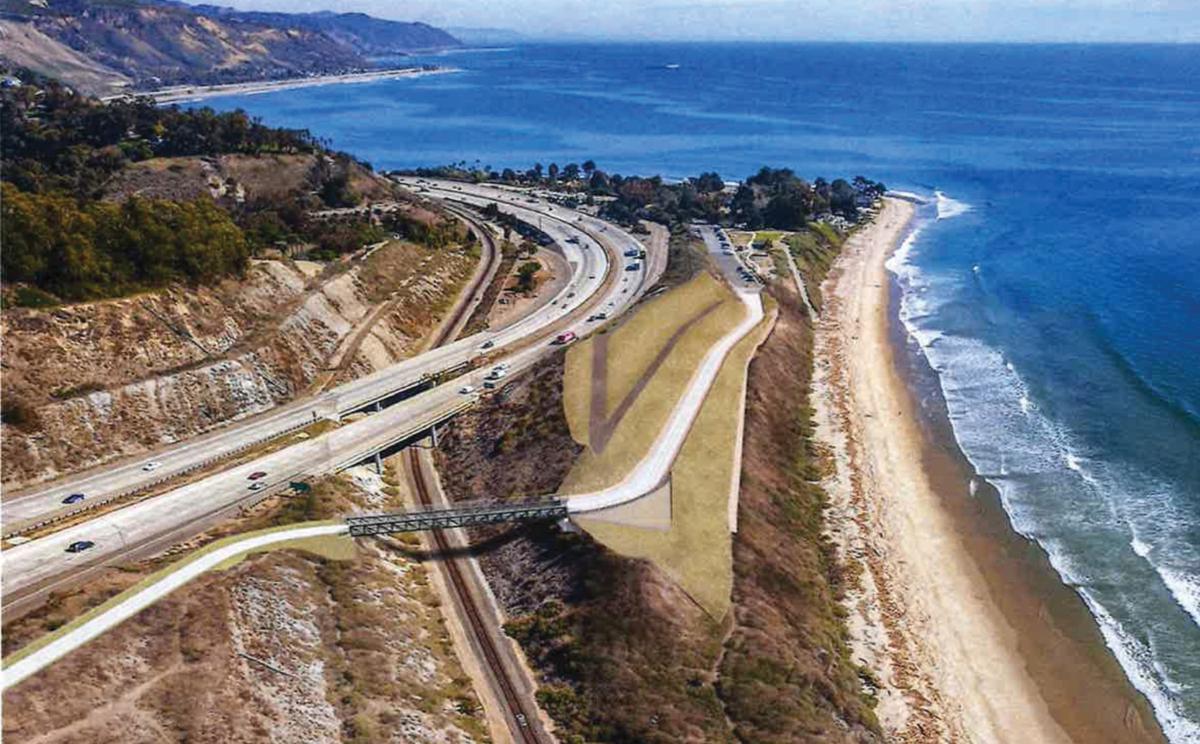 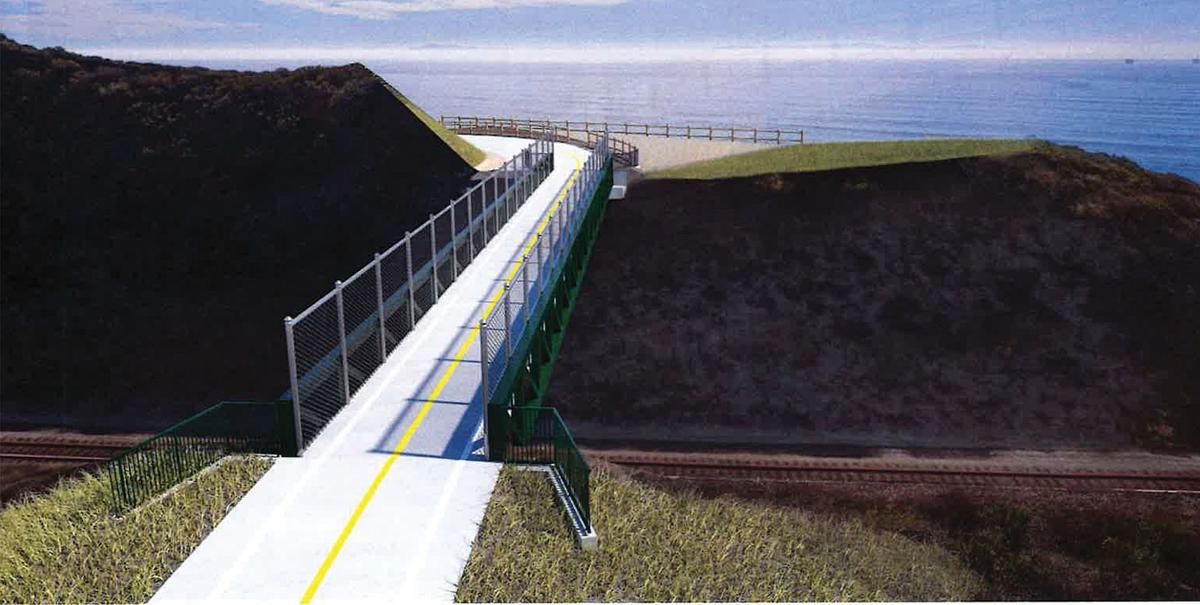 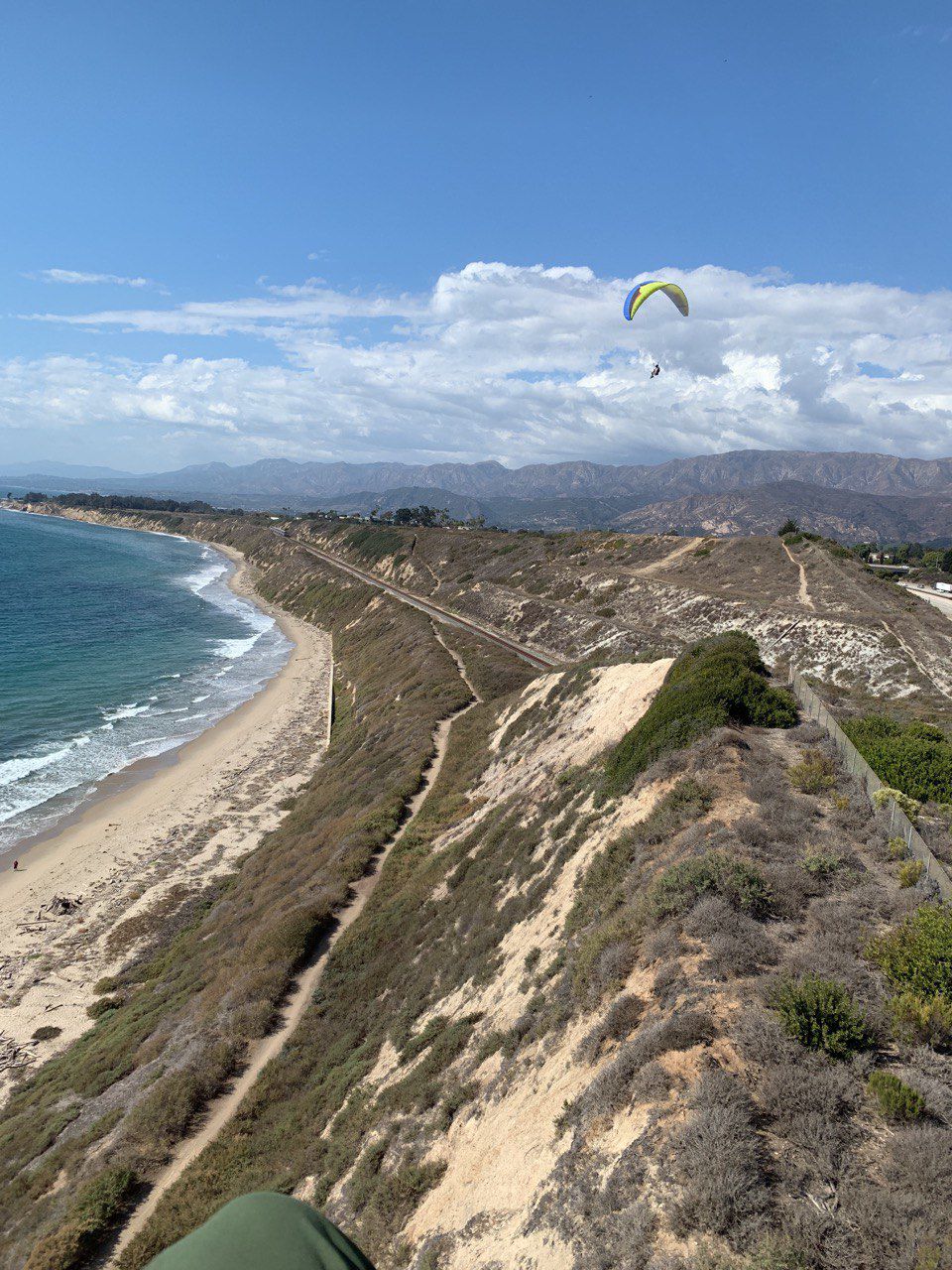 Monday night’s meeting of the Carpinteria Planning Commission brought heartache to the soaring community, as the project, which may destroy a coveted launching site, passed an important hurdle unscathed.

Commissioners voted 4-1 to adopt the Rincon Trail project’s mitigated negative declaration (SMND)—certifying that no significant impacts on the environment will occur with the project’s construction. Dozens of members of the soaring community appeared at the public hearing to ask the city to conduct a full environmental impact report (EIR), arguing that it is required by the California Environmental Quality Act (CEQA). By approving the SMND, commissioners certified that the project meets all CEQA requirements and that an EIR will not be conducted.

The city proposes to build a new 2,800-foot public multi-use trail connecting the eastern end of Carpinteria Avenue to Rincon County Beach Park. The trail is intended to provide a safe passageway for cyclists, who currently use Highway 101’s shoulder as a bike path, and pedestrians and joggers, who traverse the train tracks on their treks. The trail is expected to bring a 10 percent increase in park goers to Rincon Beach, which is currently at 500,000 people visiting each year, according to Santa Barbara County Association of Governments.

Additionally, during construction of the trail, the city plans to enact sea-level rise remediation efforts. Workers will stabilize the Bluffs by reducing the slope and revegetating, which will slow runoff and mitigate erosion.

Summarizing the project, Director of Parks, Recreation and Facilities Matt Roberts said, “The Rincon Trail will encourage sustainable, non-motorized, zero-carbon footprint transportation… Having this level and quality of trail, as part of the California Coastal Trail, here in our town, is extraordinary. But it does more than that. It’s a safety project… We have hundreds of people every day using the rail corridor where there are very little places to refuge if a train comes… People are using the freeway shoulder as their bike path. This trail will improve safety in those cases.

“It (will also) stabilize the south facing slope. That is a relic of a rail project from the 1880s. They were myopic in getting the railroad through. It was an engineering feat in its day (but caused many later problems by making the Bluffs vulnerable to severe erosion).”

According to the staff report, the trail project will cause no adverse impact on the environment. CEQA requires an analysis of the physical conditions involved in a project, however, the act does not consider social or economic components. If physical changes are indicated, an EIR process is triggered. However, based on studies conducted in preparing the SMND, planners concluded that the trail project would not cause significant changes to the physical environment, and thus, the city is not required to conduct an EIR.

While an SMND is a brief summary describing the reasons why a proposed project will not have a significant environmental impact, an EIR is a comprehensive study which provides detailed information about the effect that a proposed project is likely to have on the environment, along with provisions and alternatives to minimize impact.

Members of the soaring community state that the trail project and erosion combatting measures will irrevocably change the physical landscape, changing the area’s air flow, and making launching from the Bluffs’ “Bates” site dangerous.

In a heated discussion on interpreting the state’s law, Commissioner John Callender asked city planners, “Does CEQA contemplate a change in air flow?” Callender argued that the change in air flow that would impact the free flying community was “clearly” a significant impact to the environment and should trigger an environmental impact report.

“If they cannot soar, I don’t see that as a social impact, I see that as a physical impact,” Callender stated. “As I interpret it, it seems straightforward that if in the construction of this site, the wind characteristics are altered, that produces an adverse impact that’s experienced by members of the soaring community.”

According to the city’s legal counsel an EIR is not required by CEQA. Callender, however, expressed concern with this conclusion, “In a rush… we may actually expose the city to legal risks in the future because of CEQA. Because this environmental change is so clear and dramatic … they (paragliders and hang gliders) will be motivated to pursue a legal challenge and the city will be forced to defend this decision.”

Roberts noted that “the perfect outcome” for the city is that the flying community can continue to use the site.

Among the first of the 29 speakers from the public, Derek Musashe, vice president of the Santa Barbara Soaring Association, articulated the soaring community’s concerns: “This will unequivocally hurt our site. We have been flying here for decades… nothing that we are doing here is illegal. It is not illegal for us to fly here. We are allowed by the FAA to fly exactly here and we have been doing it peacefully for years and years.” Musashe stated that an environmental impact report was needed, “That is what this tool is for.”

In an email to CVN, Musashe further stated, “the soaring community is completely in favor of a bike/pedestrian path connecting the existing bike paths from Ventura and Carpinteria. We simply want the path to be routed in a way that doesn’t destroy most of that coastal bluff at Rincon, irrevocably altering the airflow on that bluff face that not only we use to soar, but also countless coastal soaring birds (pelicans, seagulls, hawks, even California Condors have been observed soaring this site) and monarch butterflies during their migration. It is a very important land feature for soaring animals of all types.”

Carpinteria resident and business owner, Carl Cameron, also urged the city to conduct an EIR. “I’ve been a hang glider pilot for 36 years,” he said, “that’s thousands of hours of airtime. I’ve been here for 26 years. I moved here specifically because of the flying here… this is a very important site for us… someone flew almost to Santa Paula (recently), (people) fly to Ventura… It’s not just a little local site for us… We’re not an unsanctioned sport. We’re sanctioned to fly in Yosemite Park… We want to be behind this, but we can’t the way it is now.”

After nearly four hours of discussion and public comments, the Planning Commission voted 4-1 (Callender dissenting) to adopt and certify the SMND, foregoing an EIR for the Rincon Trail project.

For his part, Commissioner David Allen was straightforward in defining his decision, “I’m assuming that all of you from the soaring community are correct—that this might change the ability for flying, but I don’t see any requirements by the law for an EIR… The bottom line is, you’ve raised an issue on the desirability of the project, but that is something …. when the project comes forward… I’m confident that you’ll be asserting that those interests are important.”

Having passed initial environmental review, the project will now be able to secure additional funds from CalTrans to develop detailed designs to secure permits. Since the project is a joint project with Santa Barbara County and the Coastal Commission, all agencies will work in coordination on designs. The project is expected to be heard next at the Architectural Review boards of Carpinteria and Santa Barbara County.