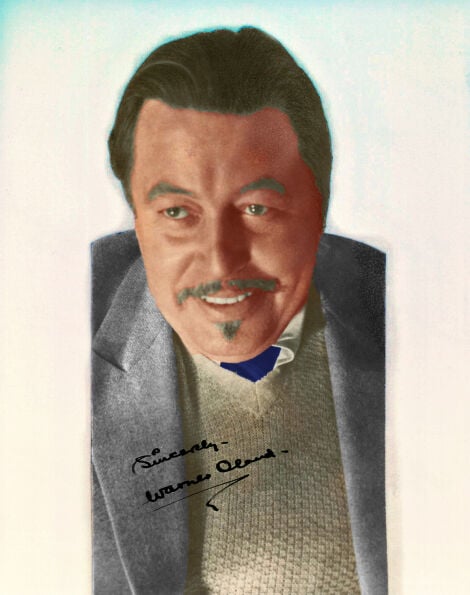 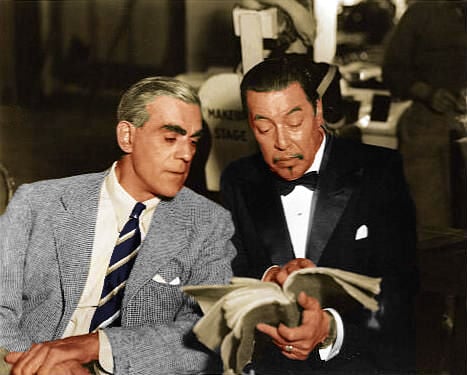 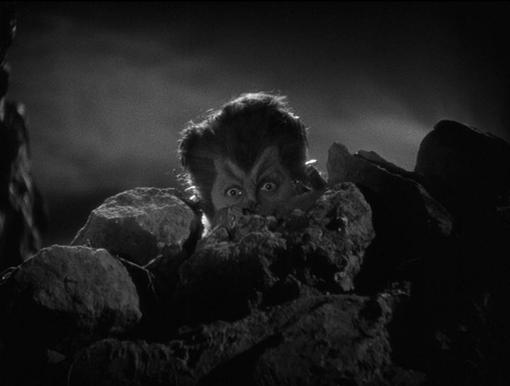 Warner Oland as a werewolf

The Oland residence sits in the middle of this group of homes at Rincon Point, in 1928. The house at the far right belonged to Robert W. Bates. In Carpinteria directories, the Oland residence was sometimes listed with an accompanying cottage for either guests, or as gardener quarters. Note the telephone pole lines. Warner had an old-fashioned crank-up phone that was said to delight his guests.

Warner Oland as a werewolf

The Oland residence sits in the middle of this group of homes at Rincon Point, in 1928. The house at the far right belonged to Robert W. Bates. In Carpinteria directories, the Oland residence was sometimes listed with an accompanying cottage for either guests, or as gardener quarters. Note the telephone pole lines. Warner had an old-fashioned crank-up phone that was said to delight his guests.

In the year 2020, only the most dedicated cinephile would know of Warner Oland, best known as Charlie Chan of the 1930s Hollywood movies. Oland, however, was a star. He made a smooth transition from the silent film era into sound films. He was at the height of his fame when he unexpectedly died in 1938 at the age of 58.

To Carpinteria, Oland was most likely Hollywood’s first celebrity to take up residence.  He lived on the beach abutted to the Ventura side of the county line on Rincon Point with his wife, Edith, at Robert W. Bates’ Rincon del Mar Ranch. La Conchita lore has claimed him as one of their own, but Hollywood biographies identify Carpinteria’s Rincon del Mar as his main place of residence, and he, or his wife, are listed in the Carpinteria Directory from the 1930s through the ‘40s.

Oland loved living on the beach at Rincon Point. He was an avid swimmer, bronzed from basking on the beach. Late at night, he would crank up the phonograph listening to Bach and snacking on tins of sardines while looking out at the ocean. He was also said to be fond of collecting seashells with the neighboring children at Rincon del Mar. We can speculate that the Bates, Ota and Ramirez children of Rincon del Mar may have been a part of the seashell hunts.

Oland was a man of many firsts in a remarkable Hollywood career. Almost from the get-go as an actor, he starred in the follow-up to the legendary film, the “Perils of Pauline,” the movie serial of 1914. This was the “Exploits of Elaine” in 1915. These movies, starring Pearl White, set the standard for cliffhanger endings that kept the movie-going public coming back to the theatre each week for more. Oland portrayed a villain. He continued as a villain for most of the next two decades using his unique foreign look. In 1926, he appeared in the film “Don Juan” the first feature film to use synchronized sound. Then, in the following year, he starred in another landmark film, “The Jazz Singer,” which is regarded as the film that effectively ended the silent film era. His was the only actual speaking part in the film, which otherwise was made up of singing performers.

Oland often played Asian characters, initially as a villain like the nefarious Fu Manchu that he portrayed in three films starting in 1929. Then, in 1931, he made an about face and became the first actor to portray a Chinese hero in American films, Charlie Chan. In this role, he was one of Hollywood’s most bankable stars, the #1 box office attraction at Fox Studios. As the series progressed, the Chan features became “Grade A” productions because of their immense popularity.

Another first by Oland was his portrayal of a werewolf in the opening scene of “The Werewolf of London,” one of the stable of monsters from Universal Studios that included the Frankenstein monster, Dracula, Invisible Man and the Mummy. Although actor Henry Hull was the title character of the film, it was Oland’s opening scene that introduced movie-goers to its first wolfman of the sound era. (“The Werewolf,” a very early film of the silent era, predated it, in 1913.)

In a Carpinteria screening, Oland and fellow actor, Ray Hatton, were the key supporting players in the Bebe Daniels’ vehicle “The 50-50 Girl.” This was the film used by proprietor Oliver Prickett to open the Alcazar Theatre in 1928. It is presumed that Oland was at the grand opening since he was a local living only three miles from the theater. Hatton was a featured speaker at the event. Daniels wired her regrets for not being able to attend. Later, in the 1930s, Oland’s name would pop up intermittently on the editorial Page 2 of the Carpinteria Chronicle. He would stop by to have coffee and chew the fat with the editors of the newspaper and they would report it.

1938 was a tumultuous year in Oland’s life. He was about to star in his 17th Charlie Chan movie and had signed an additional three-picture deal with Fox Studios, but his smoking and drinking habits were catching up to him. And, his wife had filed for divorce. In poor health, he traveled to his native country of Sweden where he was to die of emphysema. But this was not the end of the story of Oland in Carpinteria.

Today, the Oland beach house still rests on Rincon Point. It is in the gated community of homes and rentals that intersect the famed El Rincon surf spot, and the Rincon Point Beach, AKA, Dandyland Beach. It has been moved across the Rincon Creek to the west side, the Santa Barbara County side. The Oland Cottage can be rented out for about $600 a day with direct access to the beach!