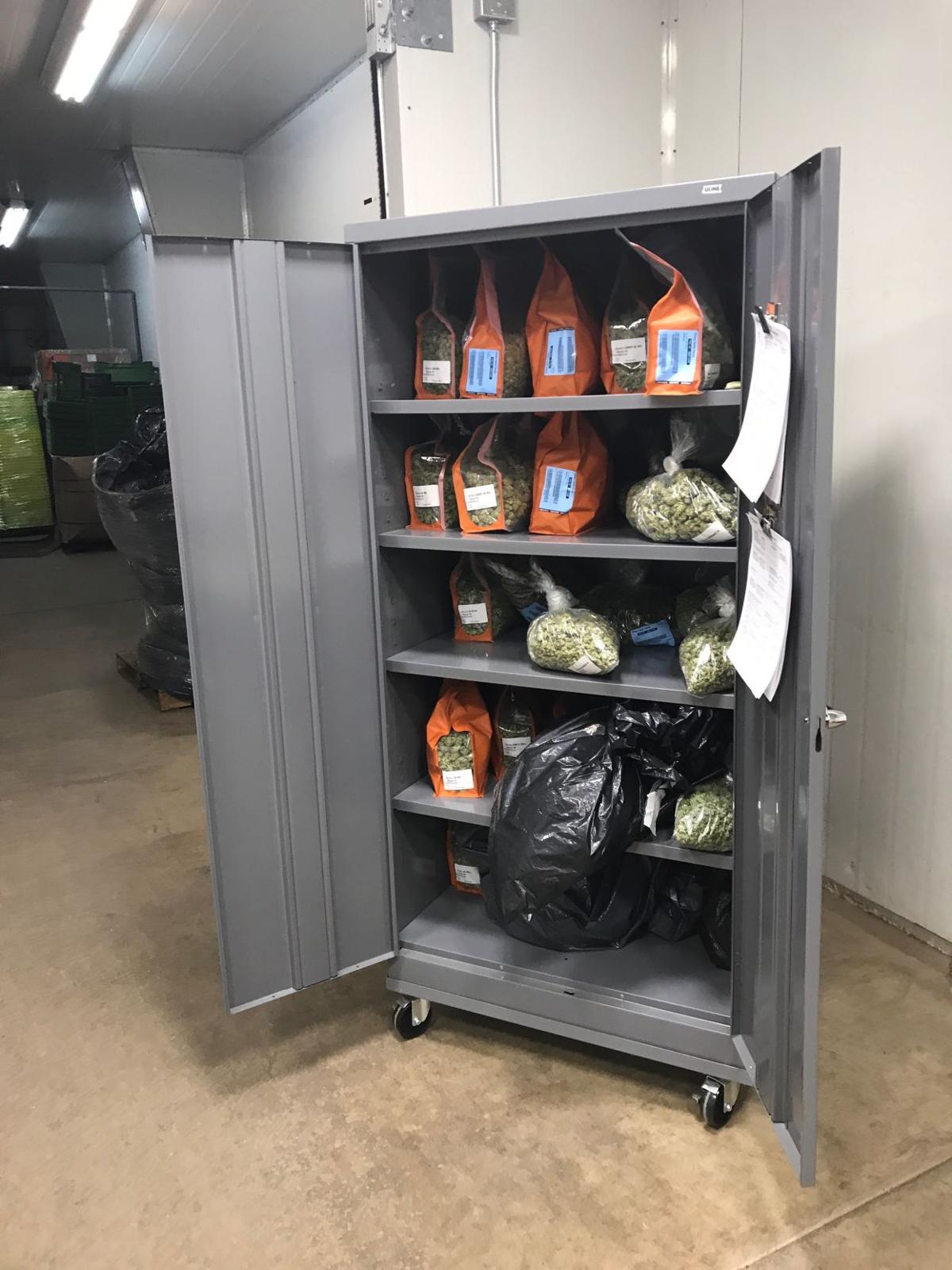 Twenty pounds of cannabis at Brand’s farm was seized for unlicensed storage. 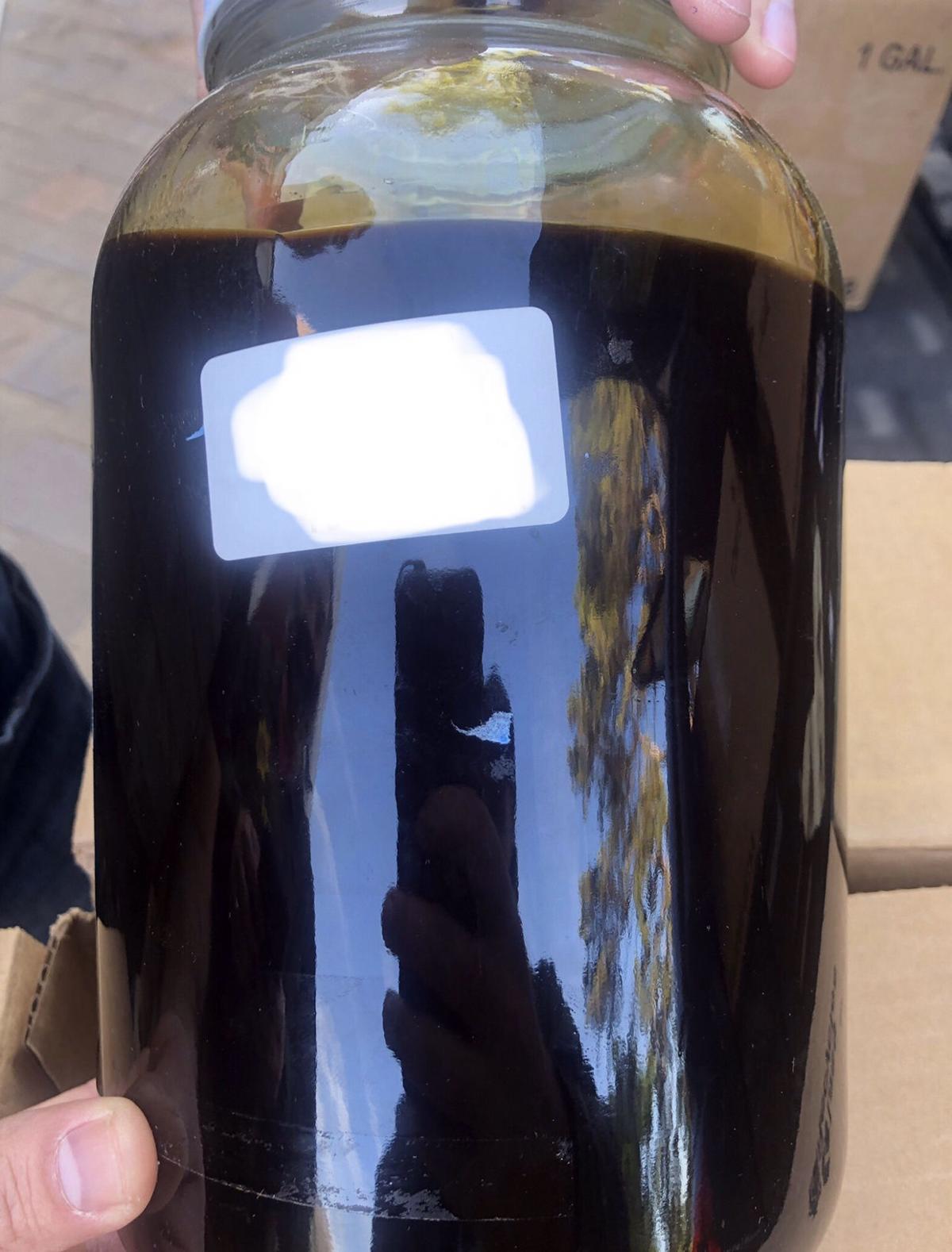 Twenty pounds of cannabis at Brand’s farm was seized for unlicensed storage.

On Jan. 22, a cannabis farm at 5300 Foothill Road was issued a search warrant for unlicensed cannabis operations, possession and sales, resulting in the seizure of some cannabis products. The Sheriff’s Office Cannabis Compliance Team and investigators from the California Department of Food and Agriculture/Cal Cannabis and the Department of Fish and Wildlife served a search warrant off our parcels, only one of which had a license for cultivation and processing of cannabis. The warrant was issued on suspicions that the farm was growing and processing marijuana outside of the licensed parcel as well as possessing and selling cannabis crude oil without a license.

Through the investigation, detectives discovered off-book (black market) marijuana sales associated with the farm. During the warrant service, detectives found a small volatile extrication lab along with extracted oil—both of which are outside of the grower’s license. Approximately 20 pounds of illegally stored cannabis was seized as well as over 1,000 pounds of cannabis crude oil.

The owner, Barry Brand, was issued a citation for illegal possession of marijuana for sales (misdemeanor) and the investigation is ongoing.

Brand and his farm had been members of the Carpinteria Association of Responsible Producers (CARP Growers). On learning of the citation and seizures, the CARP Growers Board of Directors said in a statement, “Barry Brand has withdrawn membership pending the results of the investigation into irregularities with his licensed operations. CARP was formed predicated on compliance and best practices; the foundation of our membership requirements are to be current and compliant with all state and county rules. The investigation is evidence that the state track and trace system is working as designed. That irregularities that would have gone unnoticed in a prohibition or pre-regulation environment are now noticed and followed up on is exactly what is supposed to happen.”

Just wanted to shed a little light on this and encourage you to get the whole story and reserve judging a warm and gracious man that has paid over $2,000,000 in taxes, provides good paying jobs to 100's of people and has been given medical grade CBD Oil to many of our locals suffering with cancer, parkinsons and other diseases. Cannabis is not the problem, ignorance and misinformation is. The Brand's are 7th generation farmers and they are responsible, stewards of the land and their crops. Take some time to learn more about this and limit the gossip, knee jerk reactions and inflammatory language. Cannabis is here to stay and we must find a peaceful coexistence unless you are unwilling to hear and civilly discuss a view that differs from yours and keep an open mind. Let's build bridges and not walls.

Laura Capps will fix this.

Das and his marijuana friends are toast.

I read, with interest and concern, the report about the cannabis farm search and discovery of illegalities. I‘ve also read a couple of comments from people who have already tried and convicted Barry Brand, the farm’s owner. I don’t know Mr. Brand, but over my 30 years as a management consultant, I have met hundreds of business owners and CEOs. I have also seen my share of illegal activities occurring in many of those businesses; often simpler enterprises than a large agricultural business. More often than not, the owner or CEO was unaware of the activity, either through lack of control or subversion by others in the organization. Certainly, there were some self-serving crimes and occasionally there were misunderstandings and interpretations of the law, but my point is that there are many possibilities other than the assumption of guilt by the owner.

Dear Van, Bimmer and I are aware of some things you are not. We live in this very small community and the cannabis issues and growers are constantly in the news. Bimmer probably also lives in Carpinteria like I do and we both know the family.

If you look up the CBD extraction process online including the large number of plants required to produce 2000 lbs of CBD crude oil, this is not something the owner 'could have overlooked." Plus, CBD oil is extremely valuable and popular right now. We are not judgmental, just stating the facts. The other growers, including his family members appear to be complying and trying to do the right thing. That is another reason why this is disappointing - for the community as a whole.

The big question here is why? The Brands were doing very well financially with the growing of legal cannabis. Why risk your reputation and the finalization of the permitting process by engaging in illegal activity when you have a lucrative business already. I know the family and am disappointed in the Brands yet not surprised. Looks like greed to me. Not smart.

You hit the nail on the head. Greed. I've known the family for years. I too am disappointed but not the least bit surprised. 1000 lbs of cannabis oil confiscated. I'm a novice, but that sounds like a lot! Black market sales? I imagine tax audits will be coming including one from the IRS.