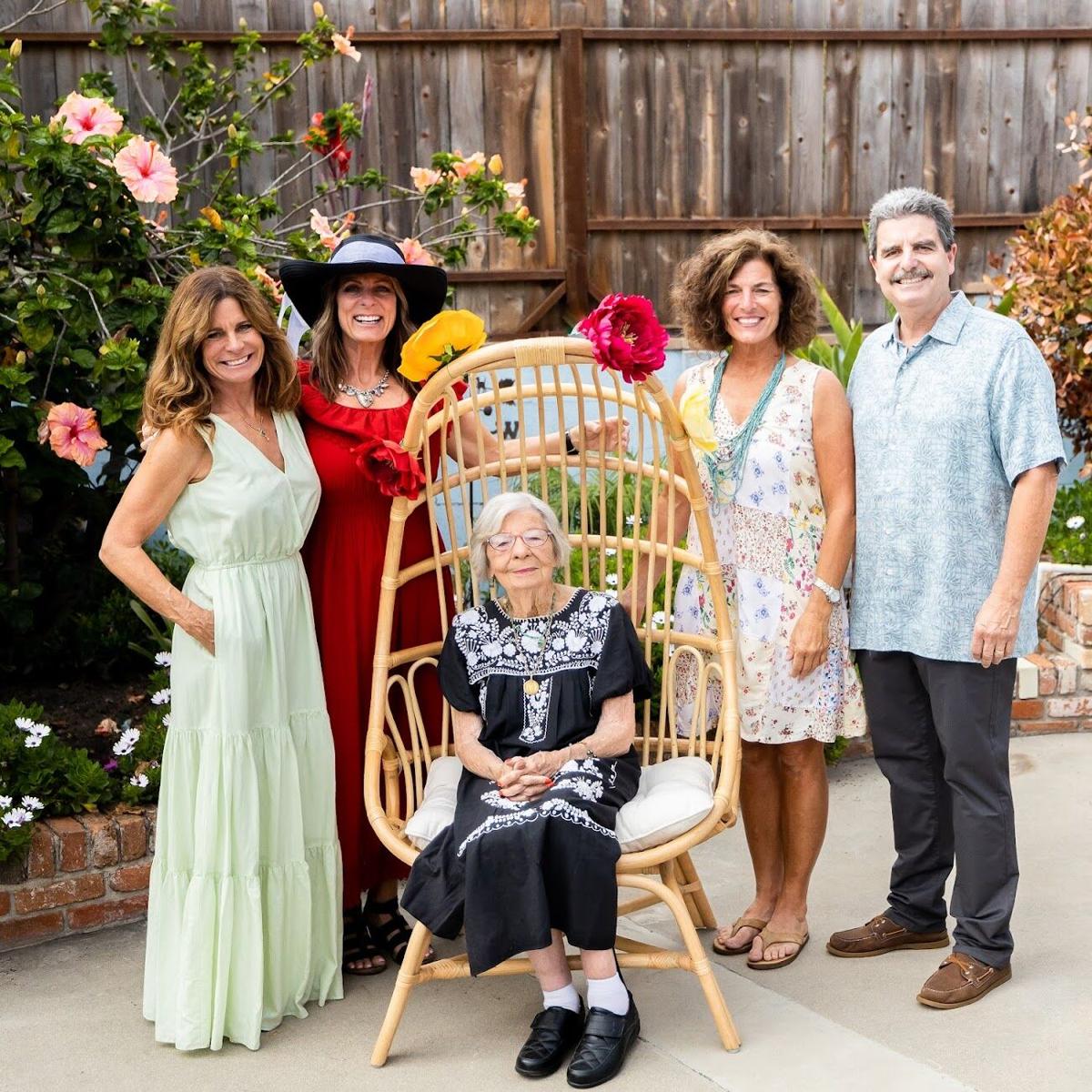 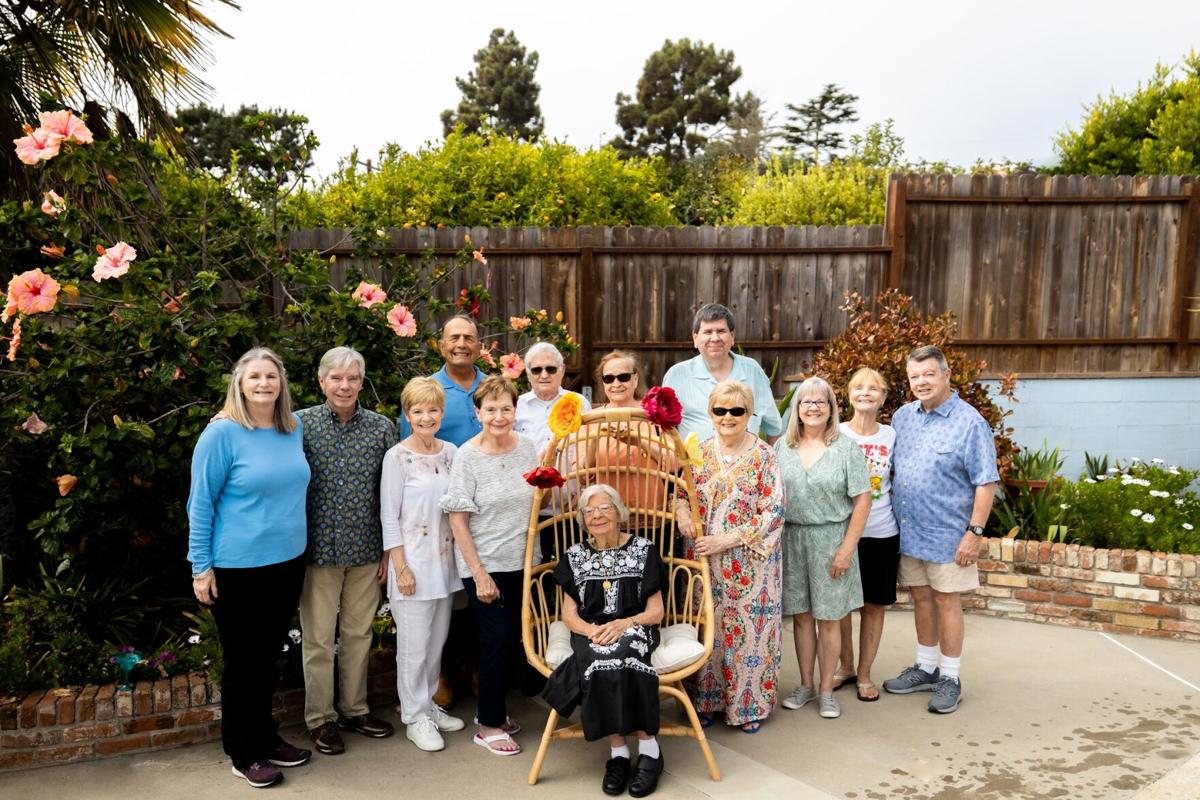 Carmen Robitaille, center, recently celebrated her 90th birthday surrounded by her siblings and their spouses. 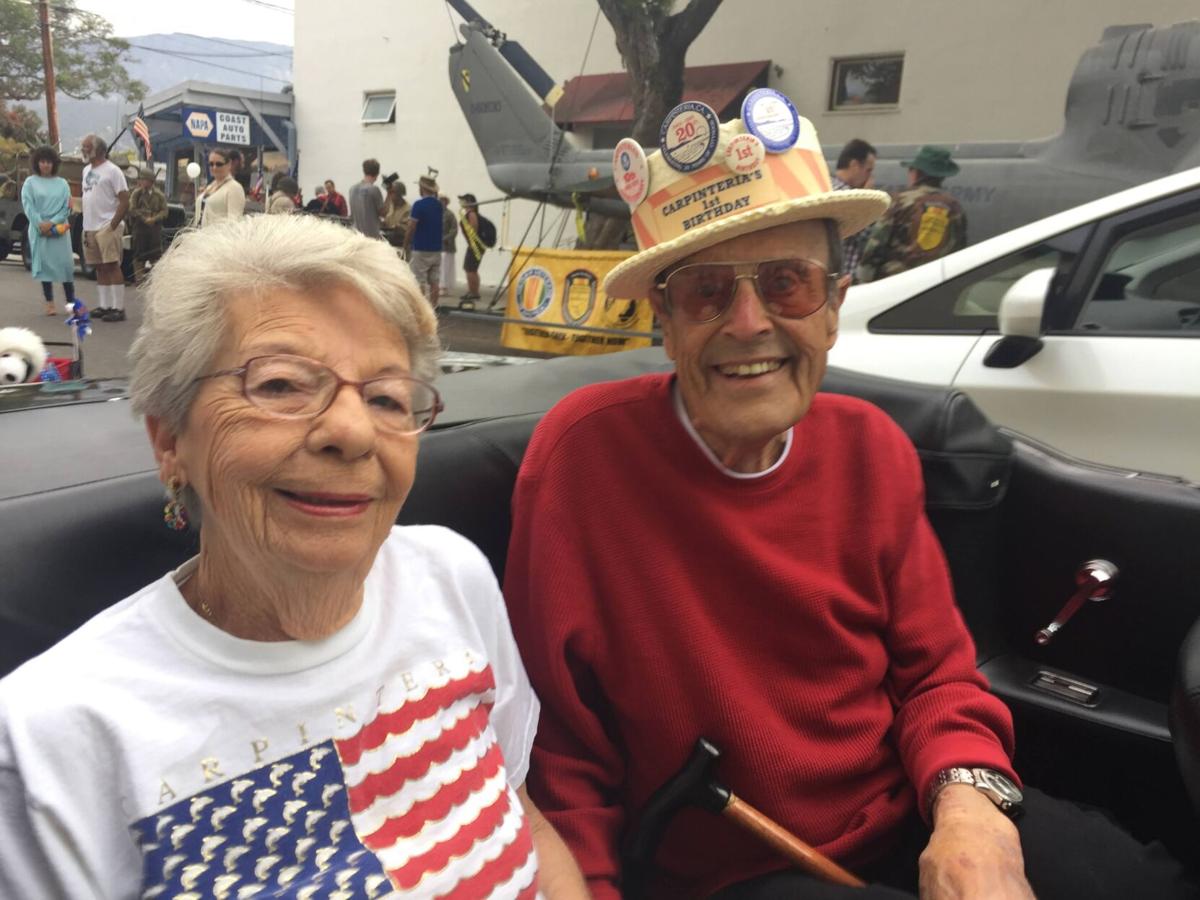 Carmen Robitaille, left, and her husband Guy, at an Independence Day parade in downtown Carpinteria. 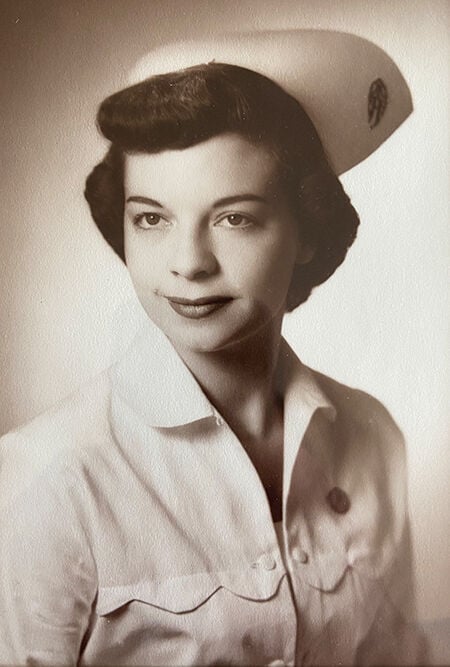 Carmen Robitaille, center, recently celebrated her 90th birthday surrounded by her siblings and their spouses.

Carmen Robitaille, left, and her husband Guy, at an Independence Day parade in downtown Carpinteria.

Carmen Robitaille – of the famed Robitaille’s Fine Candies in Carpinteria – recently celebrated her 90th birthday and more than 61 years as a Carpinteria resident.

Carmen, who was born on Aug. 26, celebrated her impressive milestone surrounded by her friends and family – which included her four children, 14 grandchildren and five great-grandchildren, with another on the way. Carmen herself is the oldest of her siblings.

“But who’s counting? When you live to be 90 (my birthday date) doesn’t much matter,” Carmen laughed.

She applauded her four kids’ dedication to putting her birthday celebration together, which her daughter Carol Robitaille Dewan called a “great fiesta.”

“It was a great success,” Carmen said. “They did a perfect job (…) we had a lot of people. A taco guy, a margarita bar. We all had a good time.”

Carmen and her husband, Guy, who passed away in 2016, first moved to Carpinteria in 1959, after the birth of their first child. The two were living in Los Angeles at the time, and Carmen said they regularly passed the area, but had never quite stopped to take it in. That is, until one day Guy happened to stop by Carpinteria and got a glimpse of its beautiful beach – it was then, she said, that the two decided to make it their new home.

“It was just chance, we weren’t planning it,” she said.

“We’d been to Carpinteria before, but we never really stopped and looked around really. We moved here and we rented an apartment here and settled in and we’ve been here ever since,” she added, laughing.

All of Carmen’s children went through Carpinteria schools, from St. Joseph’s to Mt. Carmel and Bishop High School. She said she is immensely proud of her family and the legacy her and her husband made in Carpinteria.

Both Carmen and her husband immediately jumped into the community, “becoming part of the community rather quickly,” she said. The two fell in love with Carpinteria and its home-town atmosphere. Carmen volunteered everywhere she could and served on city council and the public planning commission.

“I think the friendliness of the town (stands out),” she explained. “It’s a whole different atmosphere (…) Everyone was nice people, and that’s how our kids were raised.”

Carmen’s daughter Carol, who lives in Santa Barbara, applauded her mother and the legacy her parents built in Carpinteria.

“The party went great. It was a really great testament to my mother’s legacy, a testament to how my mom has really led the family for so many years,” she said. “Because of my mom’s heritage, we really focused on the Mexican side, not the Irish side. We had a great fiesta.”

Carol described her mother as someone who never “puts herself first,” and said it was “very nice to see her honored.”

“She spent her whole life tending to people, or volunteering, or focusing on the business. It was about time she was honored, and she enjoyed every moment of it.”

Carol also spoke to Carpinteria’s sentiment, emphasizing that her parents embraced Carpinteria the second they stepped foot there – “there was no looking back. My god, I had the perfect childhood, an amazing childhood, wonderful friends, great people.”

She applauded her mother’s legacy in her involvement with the city, recalling how her mother painted birthday cakes on the windows of businesses when the first incorporation of Carpinteria’s birthday came around in 1966. She described her mother as a “very humble person” and a “worker bee.”

“My mom painted cakes on windows when she was president of the Carpinteria Junior Women’s League to celebrate the first anniversary of the city’s incorporation,” Carol said. “I was sitting in the back of the station wagon, watching my mom paint these happy birthday cakes on the windows. We definitely got dragged around to a lot of events.”

“She’s a very humble, hard-working person. She taught us a lot about community service, and fortunately, all four of us kids have continued that. I’m proud to be her daughter, and I think I can speak for all of my siblings (when I say) I’m happy that she’s 90 and she’s thriving and she’s joyful,” Carol said.

“There’s no way she’s ever going to leave her home (in Carpinteria).”