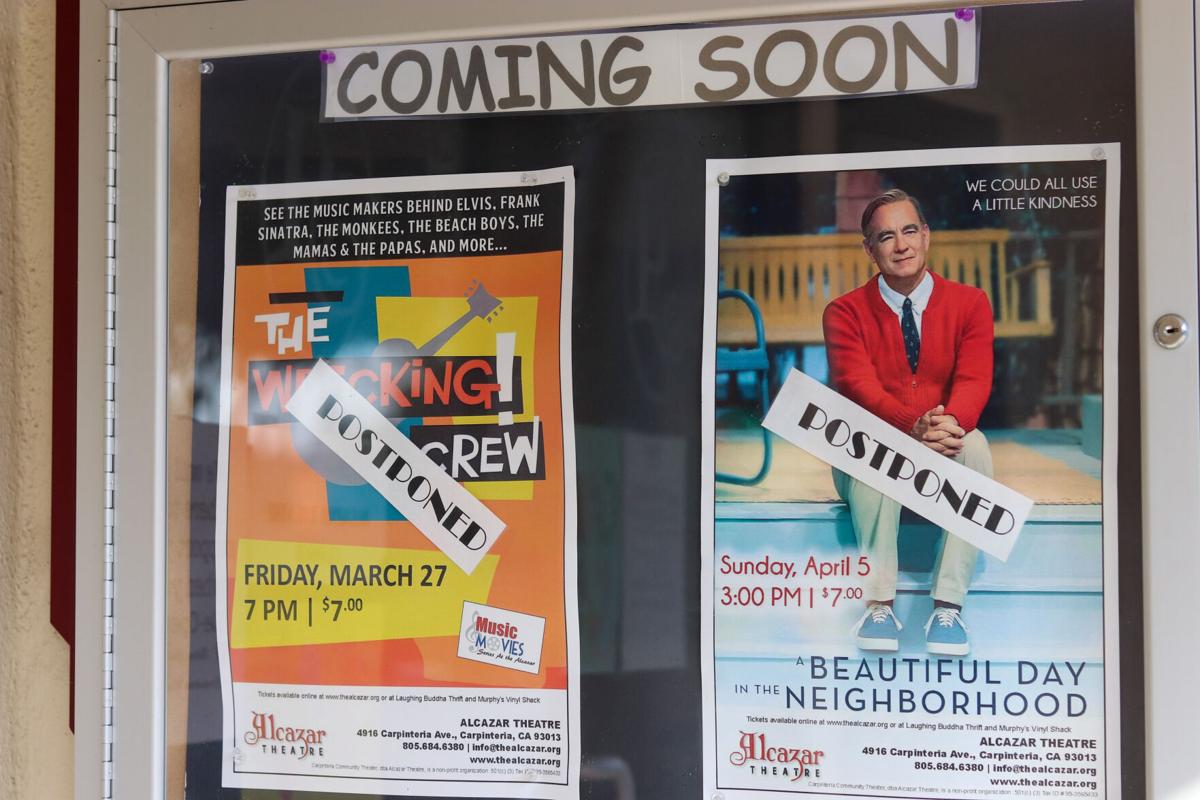 From March until the end of the year, the Alcazar has been forced to cancel all theater events due to Covid-19, leading to drastic losses in planned income. 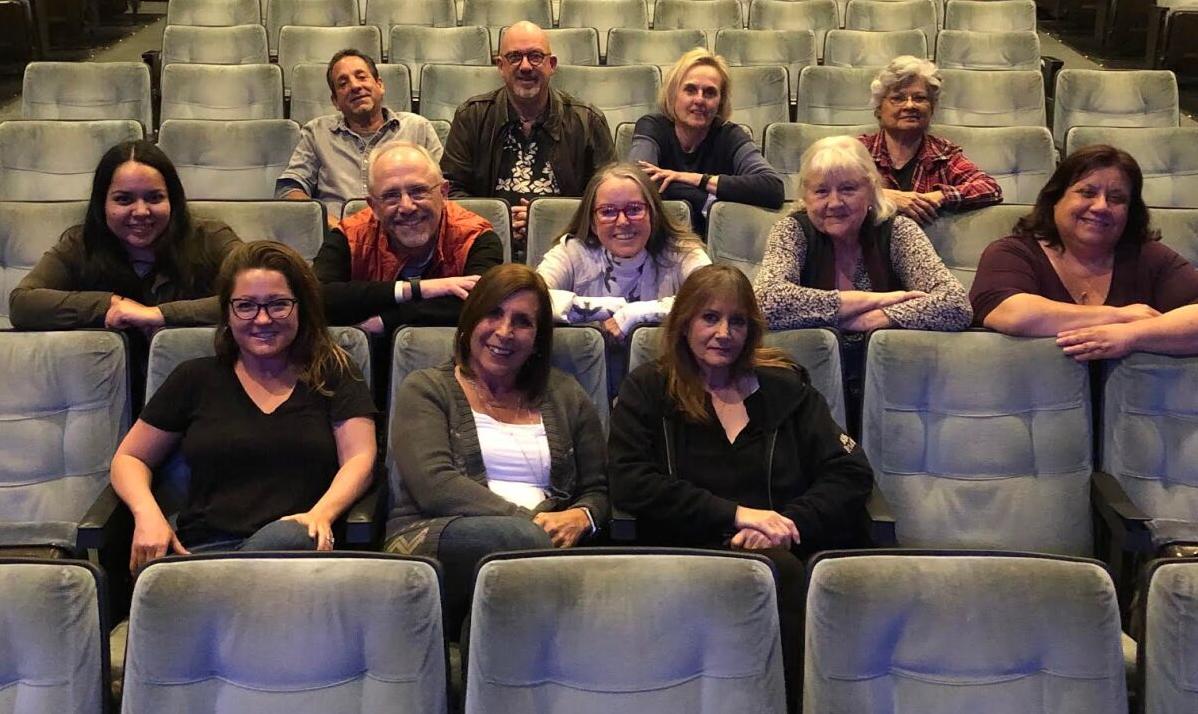 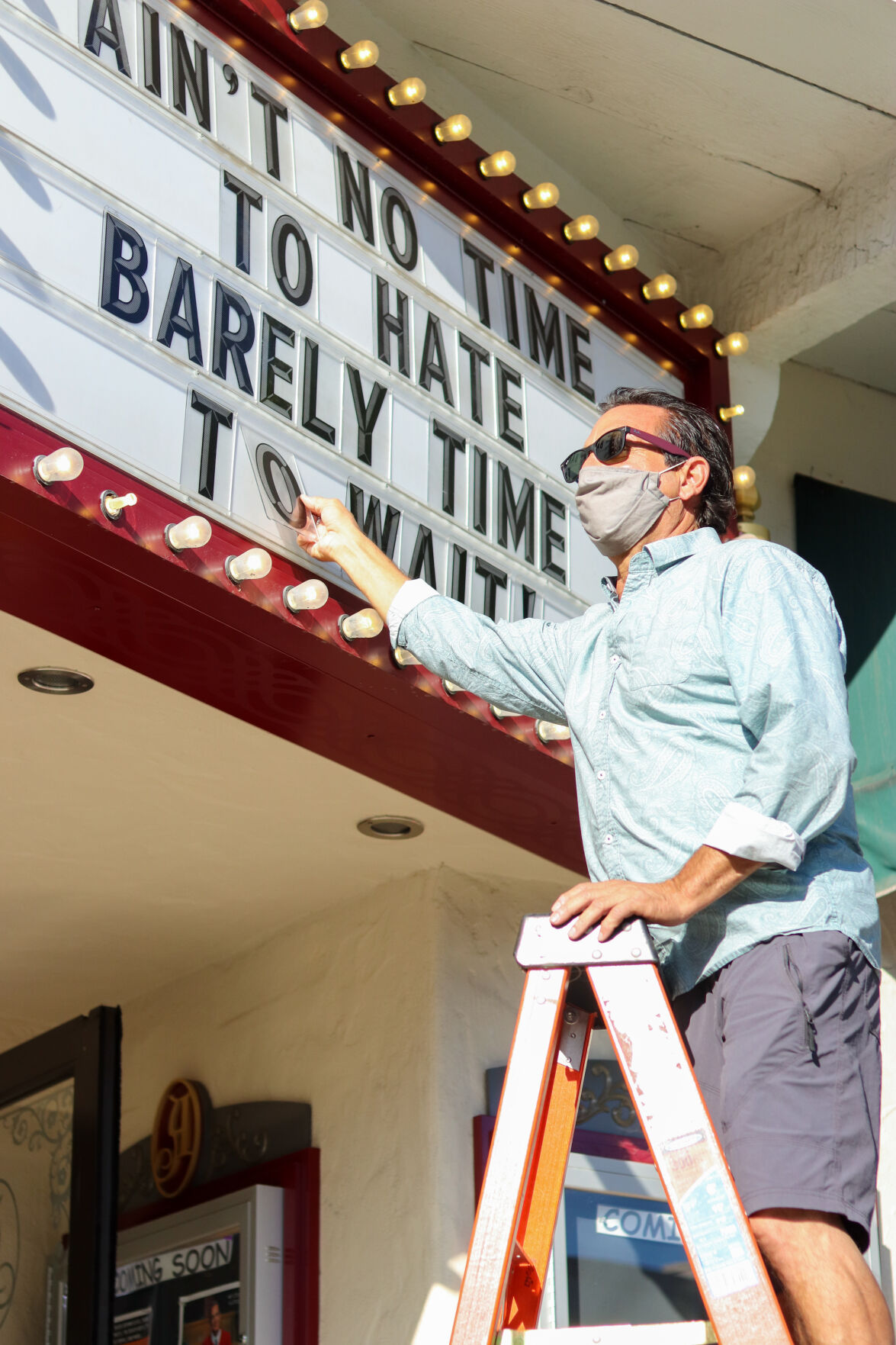 Alcazar Theatre board member Mike Lazaro keeps the marquis positive despite Covid-19’s dire economic impact to the community landmark. This week, the theater began calling on the community for support in order to survive the pandemic as their reserves begin to dwindle.

From March until the end of the year, the Alcazar has been forced to cancel all theater events due to Covid-19, leading to drastic losses in planned income.

Alcazar Theatre board member Mike Lazaro keeps the marquis positive despite Covid-19’s dire economic impact to the community landmark. This week, the theater began calling on the community for support in order to survive the pandemic as their reserves begin to dwindle.

“Save the theater one seat at a time,” said Roland Rotz to his fellow board members of Carpinteria’s historic community theater on Carpinteria Avenue. Since first opening in 1928, the Alcazar Theatre has served as a cultural institution for the small coastal village. For over 90 years, Carpinterians have had a venue for locally produced theatrical productions, school plays, lectures, Hollywood film screenings, live concerts and more. Now, as Covid-19’s devastating impact to the entertainment industry grows with time, the landmark community theater faces cancelled programming, lost income, and an uncertain future.

Since the start of the pandemic, the theater has had to use reserve funds to pay rent and other basic expenses; and if they continue to spend reserves at this rate, the theater might only be able to support itself through the end of the year, said Karen Graf, Alcazar board president, who noted, “We’d be up against the wall, no question.”

To save the theater, it’s going to take considerable support from the community in terms of donations, said board members. “If we continue this way, the reserves will eventually be gone, so we need to look to the community to donate,” said Graf. “We would probably only have until the end of the year if we got no donations at all.” To help encourage donations, the theater plans to launch a sustaining sponsorship program in addition to its other sponsorship levels, such as “purchasing” a seat in the theater (for a donation, an individual or family can have their name memorialized on a seat plaque).

Alcazar board members were excited to kick off 2020, said Graf, noting they had planned movies, an anniversary gala, special events, concerts and a summer camp. In July alone, the Alcazar had six concerts scheduled, the Rotary Talent Show, several rentals and movies. “We had so many different activities planned for the theater that we shared at our March board meeting,” said Graf, “Of course, everything came to a screeching halt six days later. By March 12, we decided to close the theater and all those wonderful events were canceled.”

Events at the theater, particularly concerts, are money makers for the Alcazar. “Movies can be too, especially if they are well attended, and rentals—these are also money makers,” said Graf. “So, the fact that we can’t have people in the theater has precluded any income. Zero dollars.”

The theater has been relying on emergency relief grants, community donations and reserve funds to cover basic expenses. At the start of 2020, the board had hoped to launch a summer fundraising campaign to raise money for various capital projects, including a new projector, a new movie screen, a green room to attract performers, loading docks and a hearing loop for the hearing impaired with a surround sound processor. Now, aside from basic expenses, the theater hopes to also be able to invest in production equipment for their Live805 program. Live805’s livestreamed events on the Alcazar’s Vimeo channel allow the theater to continue to provide entertainment and educational programming to the community.

“My hope for Live805 is that we’ll be able to stream important and relevant programming during Covid,” said Graf, noting that the platform has been used to communicate messages to the community from the city and school district, along with talks from mental health experts and others.

“The Alcazar is a venue for entertainment, culture and education,” said Graf, “and it’s been in our community for a long time like a gem. We wouldn’t want it to go away.”

To donate to the Alcazar Theatre , visit thealcazar.org.