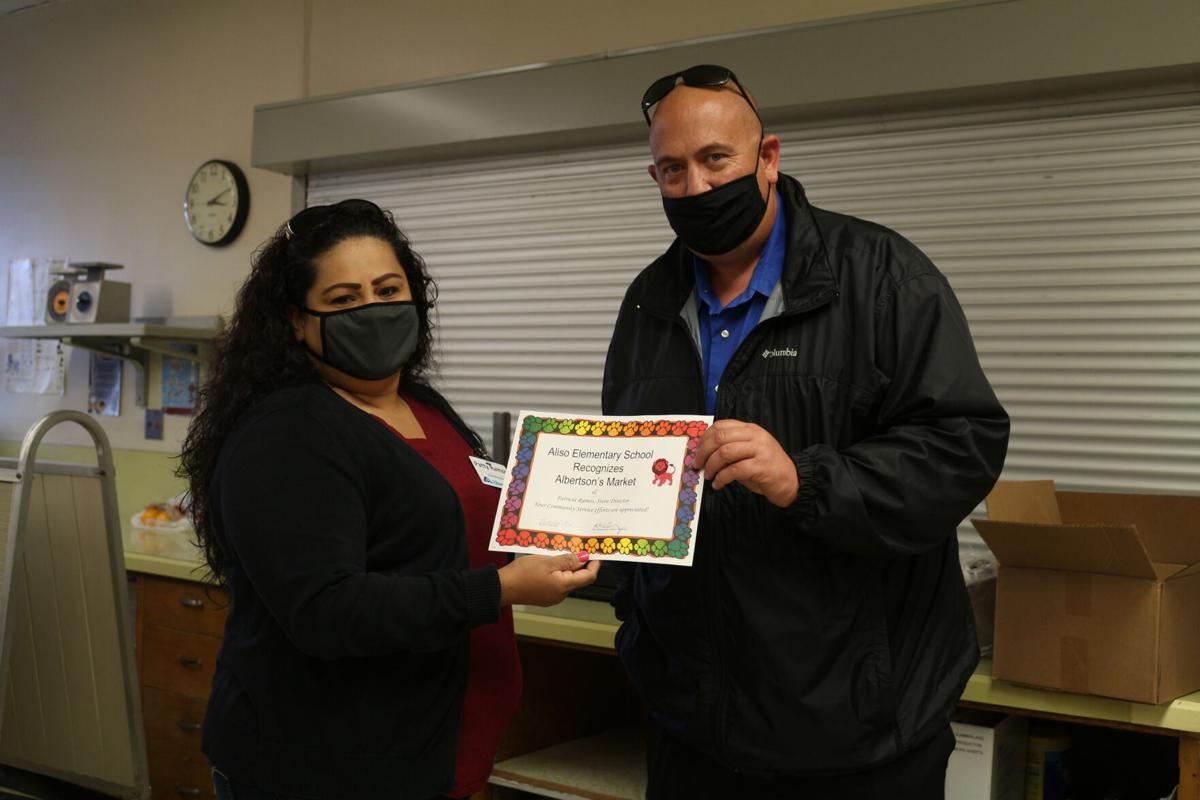 Albertsons store manager, Patty Ramos, is awarded a certificate of recognition from Aliso Elementary School from the school’s counselor, Bert Dannenberg, for her store’s donation of 30 Thanksgiving meals for school families. 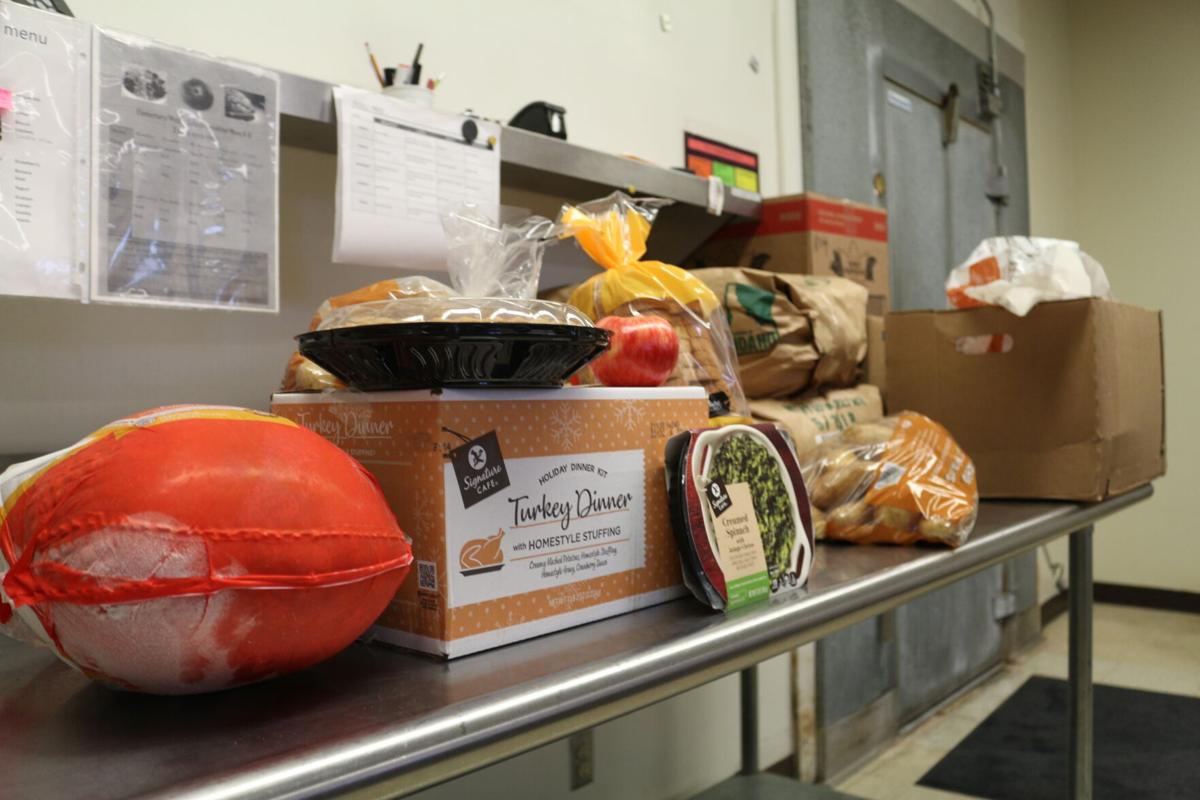 Albertsons has donated 30 complete meals to families at Aliso to celebrate Thanksgiving, including a turkey, vegetables, bread and pie.

Albertsons store manager, Patty Ramos, is awarded a certificate of recognition from Aliso Elementary School from the school’s counselor, Bert Dannenberg, for her store’s donation of 30 Thanksgiving meals for school families.

Albertsons has donated 30 complete meals to families at Aliso to celebrate Thanksgiving, including a turkey, vegetables, bread and pie.

With the holidays right around the corner, and the pandemic taking its toll on families, Bert Dannenberg, a school counselor at Aliso Elementary School, and Patty Ramos, store director at Albertsons, collaborated to provide 30 Thanksgiving dinners to families who were struggling this holiday season due to Covid-19.

Back in mid-October, Dannenberg began putting this idea into motion. At first, Dannenberg considered asking his fellow staff members to donate but later decided that it may have been a bit too much to ask of them, he explained. So instead, he thought back to his time working in the grocery industry and recalled how stores generally collected donations for the holidays and decided to reach out to a grocery store for help.

Around the same time, Ramos, who had just transferred to the Albertsons in Carpinteria a couple of months earlier, wanted to expand the store’s donation programs for the holidays. Normally, Albertsons donates all the food they collect to the Foodbank of Santa Barbara County, but Ramos wanted to do a bit more for the community, she noted. At the store she worked previously, in Newbury Park, she often collaborated with schools to provide meals for families. She wanted to do the same for Carpinteria’s families but didn’t know where to start, she commented. That’s when Dannenberg walked into her store and asked if she could donate a couple of turkeys to the school. Right away, Ramos told Dannenberg that she could do more than offer a couple of turkeys—Albertsons could give complete meals to families.

Throughout the following month, Ramos urged all of her cashiers to raise money by asking customers to donate to the cause. By the end of the month, Ramos and her team had raised $7,092 in funds. With that money, they were able to create 88 full meals which included a large turkey, a container of creamed spinach, a box of Homestyle stuffing, a bag of potatoes, bread and Hawaiian rolls, and an apple and pumpkin pie. Fifty-eight of those meals were donated to the Foodbank and the other 30 were given to Aliso School to distribute to families in need.

As Ramos raised money, Dannenberg worked with his team to determine which families had been most impacted by the pandemic. “It ranges; some families lost their jobs because of Covid, others lost hours,” said Dannenberg. “There was a single mother who worked at the inn across the street who lost half of her hours.”

Once everything was figured out, Dannenberg contacted the families, and on Nov. 19 and 20, Dannenberg handed out the donated meals to the respective families. By the end of the first day, almost two-thirds of the meals were picked up.

Both Dannenberg and Ramos were happy with the result of their partnership, although they noted that they wished they could have provided more meals for even more families.  The results of this event have given both of them the confidence to continue collaborating in the future on similar projects.