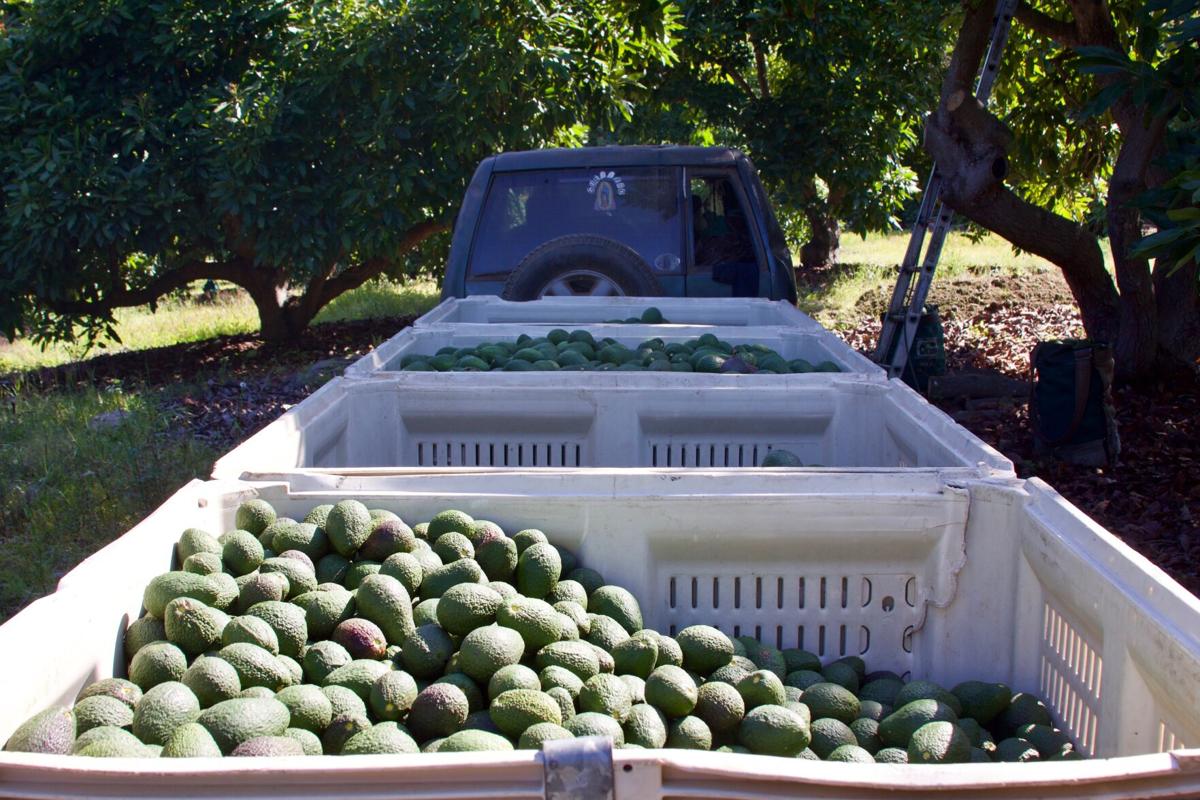 About 22.5 million pounds of avocados will be harvested in the next few weeks in California, mostly from farms between Carpinteria and San Luis Obispo. 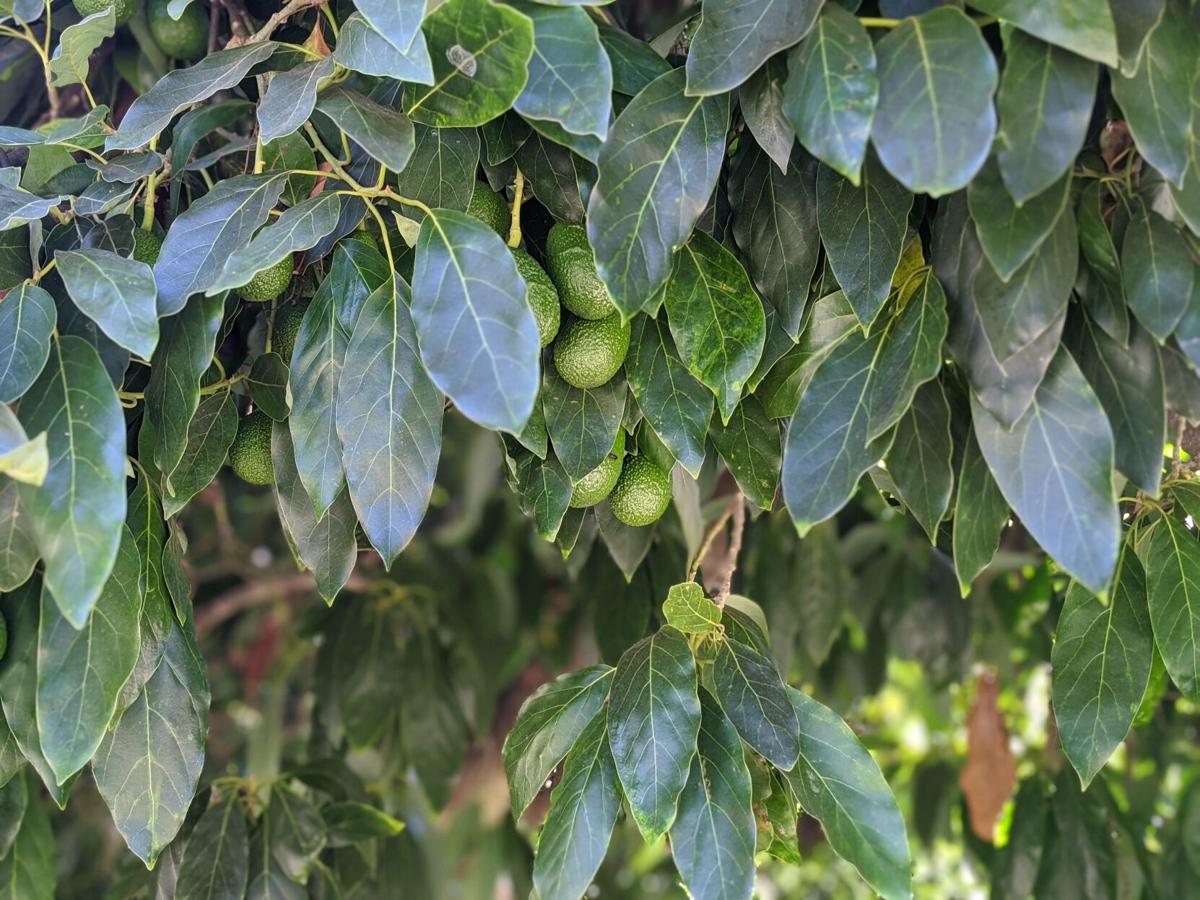 There’s still an estimated 22.5 million pounds of fruit to be harvested in California at the end of September, which is atypical.

About 22.5 million pounds of avocados will be harvested in the next few weeks in California, mostly from farms between Carpinteria and San Luis Obispo.

There’s still an estimated 22.5 million pounds of fruit to be harvested in California at the end of September, which is atypical.

As the virtual 2020 California Avocado Festival kicks off, the actual California avocado season is coming to a close. Between wildfires, heat waves and a global pandemic, the California avocado industry has been along for the same unpredictable ride as the rest of the world, but 2020 proved that as an international superstar, the avocado has carved out a resilient niche in the global marketplace.

Total volume for this year’s California avocado harvest eclipsed 350 million pounds as of last week, dwarfing last year’s total to date of 202 million pounds, according to the California Avocado Society’s “Weekly Newsline.” Avocados are an alternate bearing crop, which means fruit volumes typically fluctuate between years. Last year’s low volume was also attributed to a major heat event in the summer of 2018 that caused a substantial fruit drop impacting the 2019 season.

According to ranch manager Rick Shade, Labor Day heat fried some trees inland and caused extensive damage, but Carpinteria Valley mostly withstood milder temperatures and could be poised for a record year in 2021. He said, “Of my 40 years in the business, this is the most difficult year for getting the crop to the market,” owing to safety protocols and portions of the supply chain temporarily shutting down.

Covid-19’s impacts on the market were felt sharpest in the portion of fruit feeding the foodservice sector, mainly restaurants, stadiums and cafeterias. Recall that these sectors essentially shut down for months in the late spring, right at the start of the California avocado season, which runs from January through October but peaks in late spring and early summer. The result was a couple of lulls in harvesting between March and April and a season that has been prolonged through late summer.

There’s still an estimated 22.5 million pounds of fruit to be harvested in California at the end of September, which is atypical. Most of the fruit still hanging on trees is in the northern part of California’s avocado-growing region, from Carpinteria to the north into San Luis Obispo County, areas which trend toward the late season every year due to more temperate climates than San Diego County and inland Ventura County.

“We’re still picking full bore,” Shade said. “There’s plenty of beautiful fruit, but the price isn’t there. If we had our regular avocado festival this year, there’d be plenty of Carpinteria-grown avocados for the cheerleaders.”

The good news is that when fruit stopped flowing to the foodservice sector, home shoppers made up much of the difference, leading to an 18 percent jump in grocery store sales of avocados in the period between mid-March and April. The week ending March 22, the first week when foodservice shut down, saw consumers purchase 20 percent more avocados at the grocery store than the previous year.

To some extent, the global flow of fruit was disrupted, but the vast majority of California-grown fruit stays in the United States. By far the largest share of avocados consumed in the United States originate in Mexico, which is the world’s giant in avocado production. Mexico has shipped over 1.5 billion pounds of avocados into the U.S. this year of a total of 2.3 billion pounds consumed. Still there was a period in April and May when the flow of Mexican fruit to the U.S. slowed, which altered expectations for the supply chain.

“Mexico hung onto a lot of fruit that it’s now shipping into the U.S., which isn’t what we’d normally expect this time of year,” Shade said.

Higher volumes from California— the epicenter of U.S. avocado production —combined with a steady flow of fruit from Mexico and the global pandemic led to downward pressure on pricing over summer months. Prices on conventionally grown (non-organic) California fruit peaked at $1.78 per pound right before COVID-19 in early March and was sitting at just $1 per pound in late September. These are the average price paid to growers for avocados classified as size 48 (48 fruits in a 25-pound box).

By comparison, 2019 was a record year for pricing on California avocados at an average of $1.70 per pound for the whole season and a peak price of $2.30 in June.

Organic California avocados supply a premium market, and their prices remained substantially higher for throughout most of the season. In the last few weeks, even prices on organics have dipped to $1.42 per pound. On Sept. 16, organics were still fetching $2.10 per pound before the bottom dropped out. California organic fruit is scarce at this point in the season, so the price drop reflects much of the market being shut down.

Carpinteria organic avocado farmer Ed Van Wingerden said price premiums for his fruit have recently been as high as 80 percent over non-organic. The added price per pound more than pays for extra costs associated with organic farming practices. “Five years ago, I wondered if it was worth it, but I stuck it out because I like to farm organically,” Van Wingerden said. “Now the consumer is responding by paying more for the fruit for the planet, their own health and the quality.”

At this time last year, the major avocado packers like Calavo and Mission Produce had already shut down for the year and price quotes were no longer available. Due in part to the pandemic and in part to higher volumes, packing houses remain open and California avocados will be available on the West Coast through October.

The average price paid by U.S. consumers as of late September

The average volume of

avocado consumed by each American in 2018

The average volume of

avocado consumed by each American in 2001