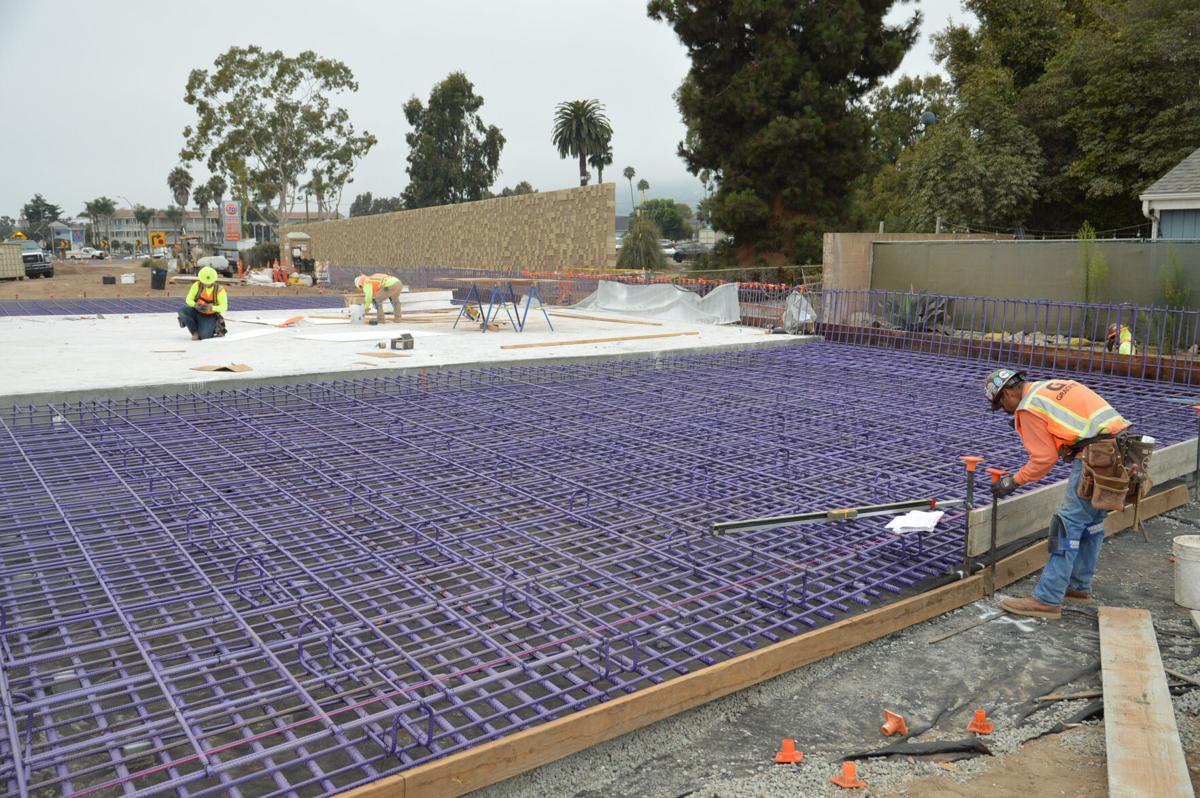 In Carpinteria, crews are installing rebar ahead of placing reinforced pavement for new lanes. Sound wall footings at several places along the highway are being constructed. 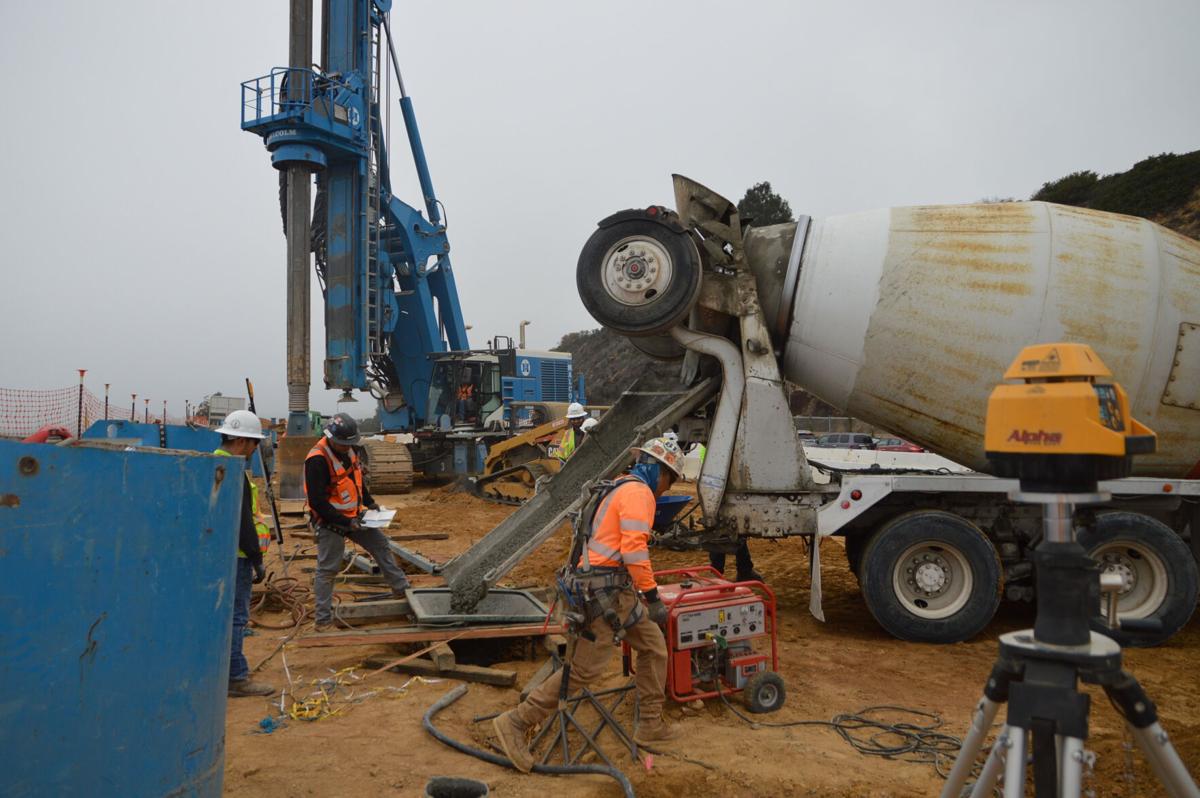 In Summerland, construction crews are pouring concrete for supports for the retaining walls, near Ortega Hill.

In Carpinteria, crews are installing rebar ahead of placing reinforced pavement for new lanes. Sound wall footings at several places along the highway are being constructed.

In Summerland, construction crews are pouring concrete for supports for the retaining walls, near Ortega Hill.

Travelers through the Carpinteria and Summerland areas should be aware of several lane closures throughout the next two weeks, on both Highway 101 northbound and Hwy 101 southbound.

The on-ramp at Bailard Avenue will also be closed between Sept. 27 and Sept. 30, between 8 p.m. and 5 p.m.; the Santa Monica Road on- and off-ramps will be closed for up to eight weeks beginning Sept. 26. Ramps at South Padaro Lane and Santa Claus Lane can be used as detours.

On the southbound side, one lane between Padaro Lane and Bailard Avenue will be closed on Sunday nights between 10 p.m. and 7 a.m. The same stretch will be closed between 8 p.m. and 7:30 a.m. on Monday through Thursday nights.

The on-ramp at Wallace Avenue is scheduled to re-open on Nov. 1; a detour is available at Evans Avenue, Lillie Avenue, and at North Padardo Lane. The Sheffield Drive on-ramp is still on schedule to re-open in 2023, while the off-ramp at Sheffield Drive will be open by the end of 2021.

At the Evans Avenue undercrossing, the Evans Avenue southbound off-ramp will be closed between 8 p.m. and 7 a.m. on Sept. 30. Between 9 p.m. and 6 a.m. on that same day, workers will be directing traffic under Highway 101 on Evans Avenue, as crews work to remove the old overhang.

On the stretch through Carpinteria on the northbound side, construction crews over the next two weeks are installing rebar, ahead of placing reinforced pavement. At the Santa Monica and Via Real intersection, crews are still relocating overhead utilities, and are working on intersection improvements such as bike lakes and crosswalks.

On the southbound side, crews will begin focusing on landscaping between Santa Monica creek and the Carpinteria Avenue southbound off-ramp. Crews will also repaint areas that have been graffitied at Casitas Pass Road. Sound walls – near Franciscan Court and north of Cravens Lane, and between Santa Ynez Avenue and Franklin Creek and Santa Ynez Avenue and Santa Monica Creek, and north of Santa Monica Creek – are being prepped. Crews are installed rebar and concrete blocks in the area.