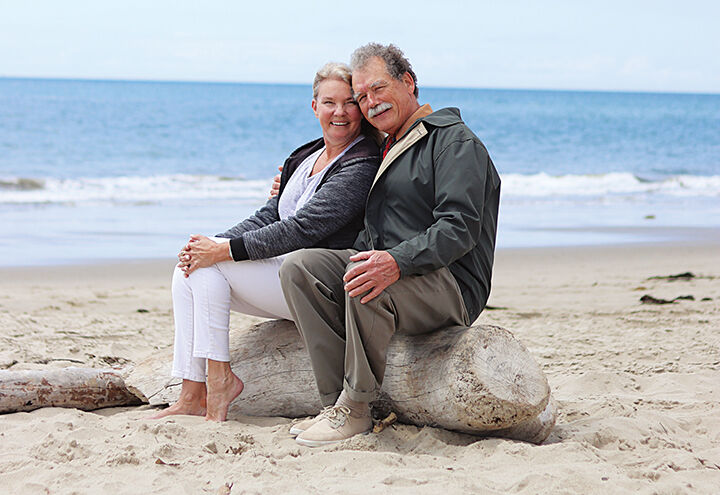 Dr. John Zemjanis and wife Inta at a favorite spot. 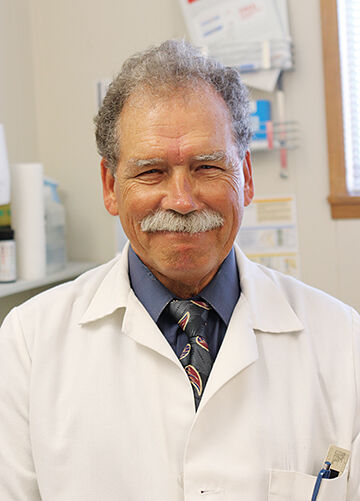 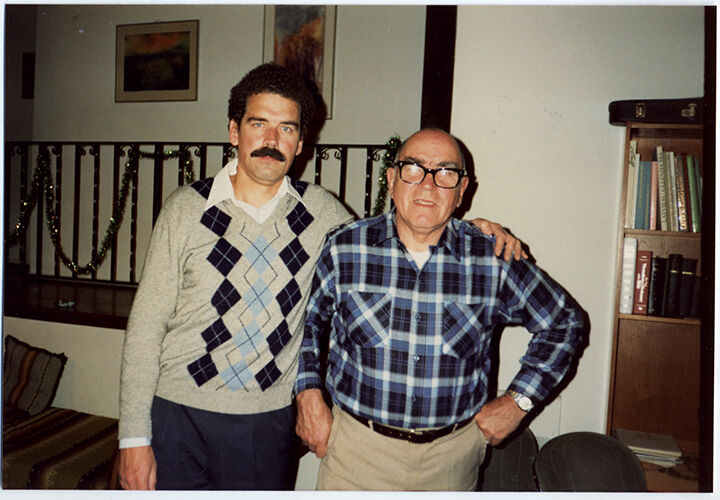 Dr. John Zemjanis with his father, Raymond, who was a professor of veterinary medicine at the University of Minnesota. 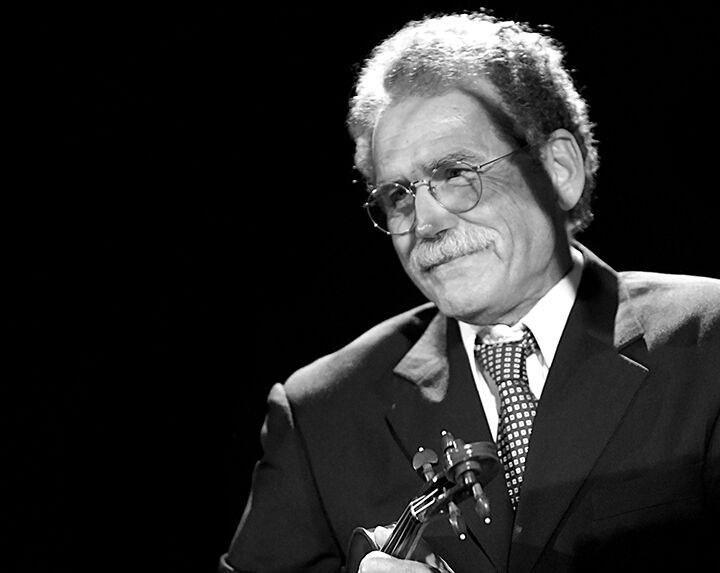 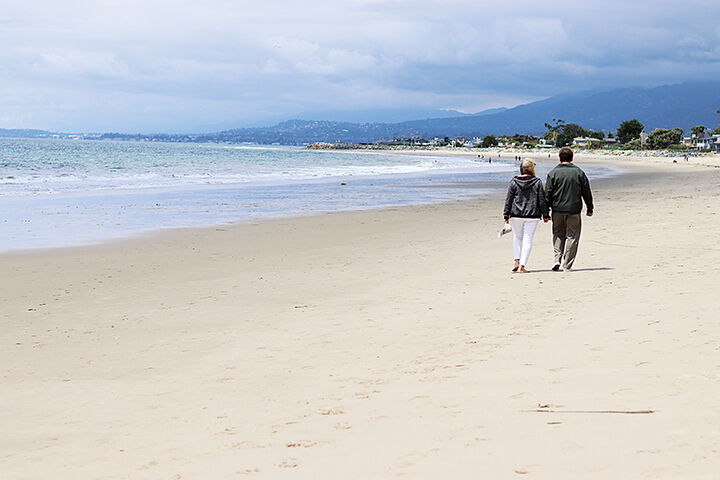 Dr. John Zemjanis and wife Inta at a favorite spot on Carpinteria Beach.

Dr. John Zemjanis and wife Inta at a favorite spot.

Dr. John Zemjanis with his father, Raymond, who was a professor of veterinary medicine at the University of Minnesota.

Dr. John Zemjanis and wife Inta at a favorite spot on Carpinteria Beach.

Most know Dr. John Zemjanis, a.k.a. Dr. Z, as the community’s devoted family medicine practitioner at Beach Medical Clinic on 8th Street and Linden Avenue. But Dr. Z has also lived an extraordinary life, filled with grace, empathy, and education. For Carpinteria Magazine, the good doctor opened up about his family, career, and practicing medicine during a global pandemic.

Tell us about your family and childhood.

I grew up in Saint Paul, Minnesota and graduated from the University of Minnesota Medical School. My parents were immigrants from Latvia who had to flee their home country during World War II. I was born on the way in Sweden. From Sweden, we immigrated to the US in 1952, when I was 3, going on 4.

Why didn’t your family stay in Sweden?

My parents were afraid that they may be returned to occupied Soviet Latvia. At that time, the Swedish government was compliant with Soviet demands.

You see my parents were educated. My grandfather was a leader in the community and he already had fled once from Soviet Russia in the early 1920s, so he was on their “list,” so to speak. A lot of people don’t know this, but there were deportations from Latvia in 1941 and then again in 1949. The people who were targeted, were people who might offer resistance to the regime.

My grandfather was arrested in 1940, and then deported to Siberia in April of 1941. He died in internment.

We only learned of his fate many years later when the archives became available for families to learn the place of death and to some degree the circumstances. My grandfather was in an area in which few survived. My cousins in Russia were able to locate that archive just recently, within the last five years.

How did that history impact your childhood?

Well, I think I had a fairly normal upbringing. But I wondered why we didn’t have any grandparents. As a result, later in life, when I was married to my wife Inta, I decided I wanted a large family to make up for the losses.

I have six children. From oldest to youngest, it’s Anna, Paul, Julijs, Sarma, Liene, and Aurora.

What was your motivation to pursue a career in medicine?

My father was instrumental in me pursuing medicine. He was a veterinarian, but if it wasn’t for the war, perhaps he would have become a physician.

What brought you to Carpinteria?

We moved here in 1986. We were living in the Hollywood Hills and one summer there was a heat wave and it was unbearable. We came up the coast to Santa Barbara often, and on one of those trips we discovered Carpinteria.

Let’s talk about Beach Medical Clinic. How long have you had this practice?

We opened our doors in the fall of 2002. Before that, I was an emergency room physician with St. Francis Medical Group, Santa Ynez Valley Hospital and Lompoc District Hospital; and before that, I practiced medicine in Los Angeles.

Why did you decide to shift from emergency care to family medicine?

For years, my friends had urged me to step into the fray. I had reached a point in my career in which I decided that I would prefer a different form of outpatient medicine, rather than emergency room. So, I decided to take the plunge, and I haven’t regretted it.

In a small beach community like Carpinteria, you get to know your patients and their families across generations.You develop an ongoing relationship with patients and their families. It’s very rewarding. You’re able to interact with different personalities and of course different aspects of health care. It’s more ongoing care versus urgent care. You get to see the patient back and you get to see whether they get better or worse—hopefully better.

Is there something unique about Carpinteria that allows a small practice like yours to thrive?

We had some misgivings about opening the practice because Carpinteria is not a huge town. But the timing was fortunate. People are looking nowadays for a more personal approach. Looking back, it also worked out because two local family practitioners had just retired.

Your clinic has remained open throughout the pandemic and you have been seeing patients. What has it been like to be on the front lines of the novel coronavirus? Have you had patients with Covid-19?

We have had three patients test positive. Fortunately, they were mild and required surveillance and supportive care. We have discouraged most of our elderly from maintenance visits, and we have consulted with patients via telemedicine.

Have you had an experience with Covid-19 that was most impactful?

The most difficult aspect of this unfortunate crisis has been concern for family members in other parts of the country: their health and economic situation. I don’t fear for myself, although I also haven’t thrown caution to the wind, because, simply put, I don’t think my number is up.

Are there any lessons that you have learned, or you hope the community learns from the collective experience of Covid-19?

The Boy Scout motto is “Be prepared.” We weren’t. At our office, we improvised because there was precious little information coming from the sources that should have been providing direction. Test kits were not available and turnaround times for results was slow.

I learned that in times of crisis, you cannot rely on others. Often, you have be able to use common sense (sorely lacking in our current Facebook/Twitter world) and make logical decisions based on the information at hand.

Beach Medical Clinic’s office is part of a major development proposal seeing its way through city planning. Are you nervous?

We know that there’s change around the corner, and we’re not sure exactly how we’ll fit into the new development. It seems like they’re going to do a complete overhaul of the block, from 8th to 7th Street, and I don’t think it’s going to be feasible for us to stay here. This location is a very good location for a clinic. We’re close to the county clinic and businesses, and we’ve had a very good run here. It might be pie in the sky, but we’d like to stay here.

Because you are a refugee, do you think you’re more empathetic to patients in times of distress?

Yes, I do, to a certain degree. I can get along in Spanish, so a large amount of my patients are Hispanic, and perhaps some of my sympathies for them as immigrants comes from my own background.

Though it’s worth mentioning that my family was never in need, we were provided for financially. My father was educated, and he quickly obtained a position at the university.

In general, I try to be a friend to my patients, to get to know who they are and what are their circumstances. As a doctor, it provides depth and a better understanding of the patient. I was taught early on that medicine is not just a science but it’s an art. Some of the best practitioners of medicine have been practitioners in the art of medicine, not just the algorithm.

Explain the art of medicine.

The art of medicine emerges apart from your differential diagnoses. It’s not metaphysical, but there’s an aura, a suggestion of something else going on and you tally that in when making decisions. You have to approach your patient as a human being, not as a lab animal. I think that to some degree that’s lacking in organized medicine.