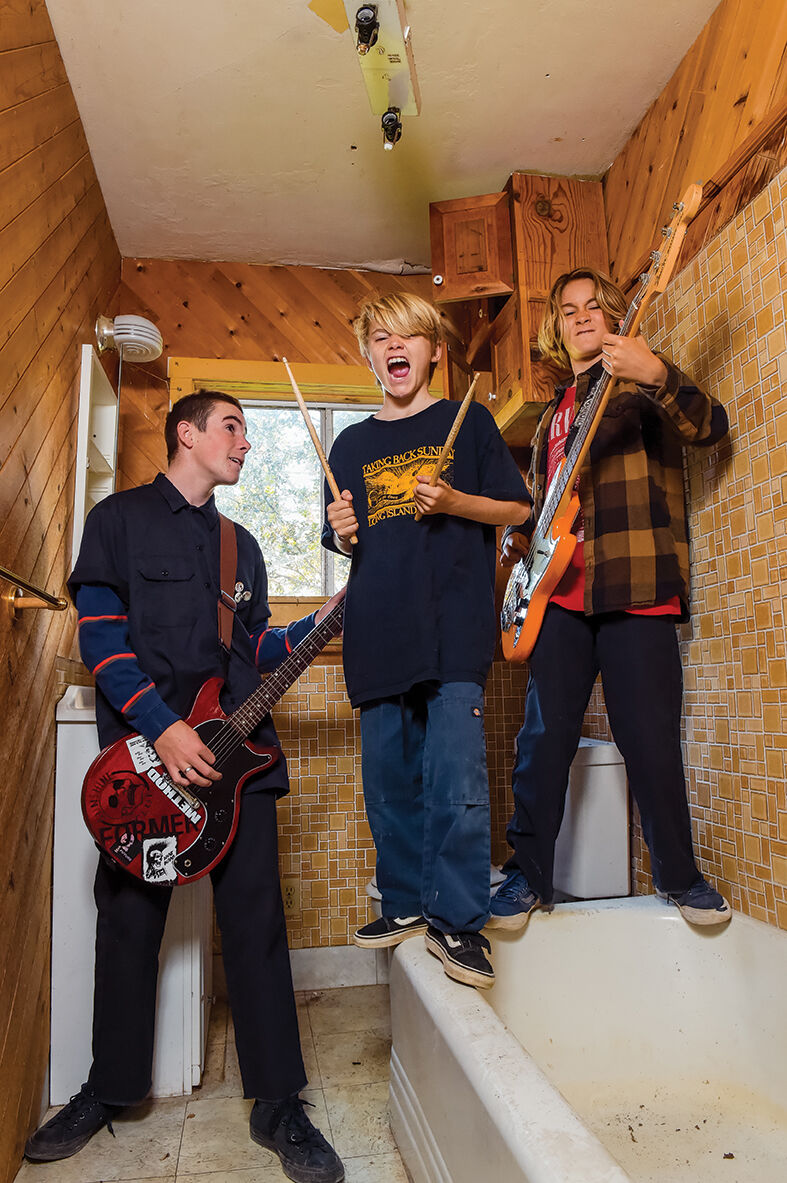 In June, the band Seacliff released a 16-song album recorded during the pandemic. A special guest performs with the boys on an extra track. 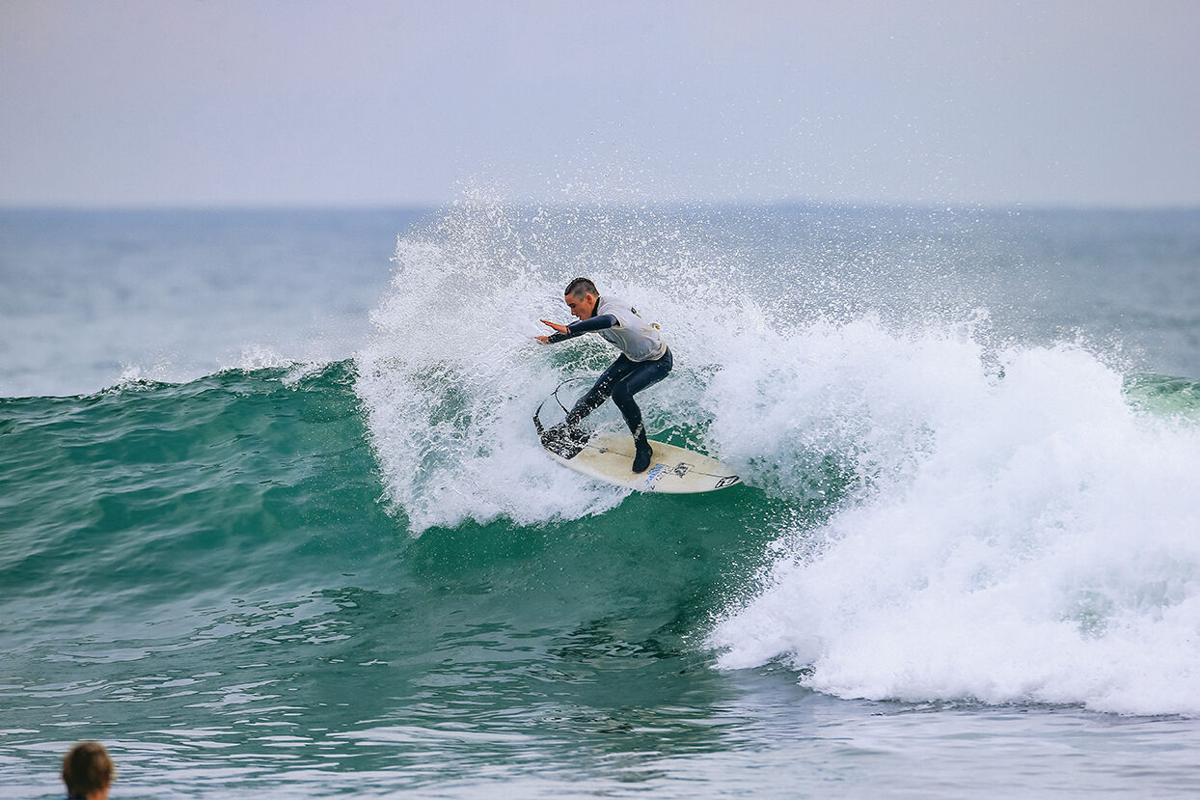 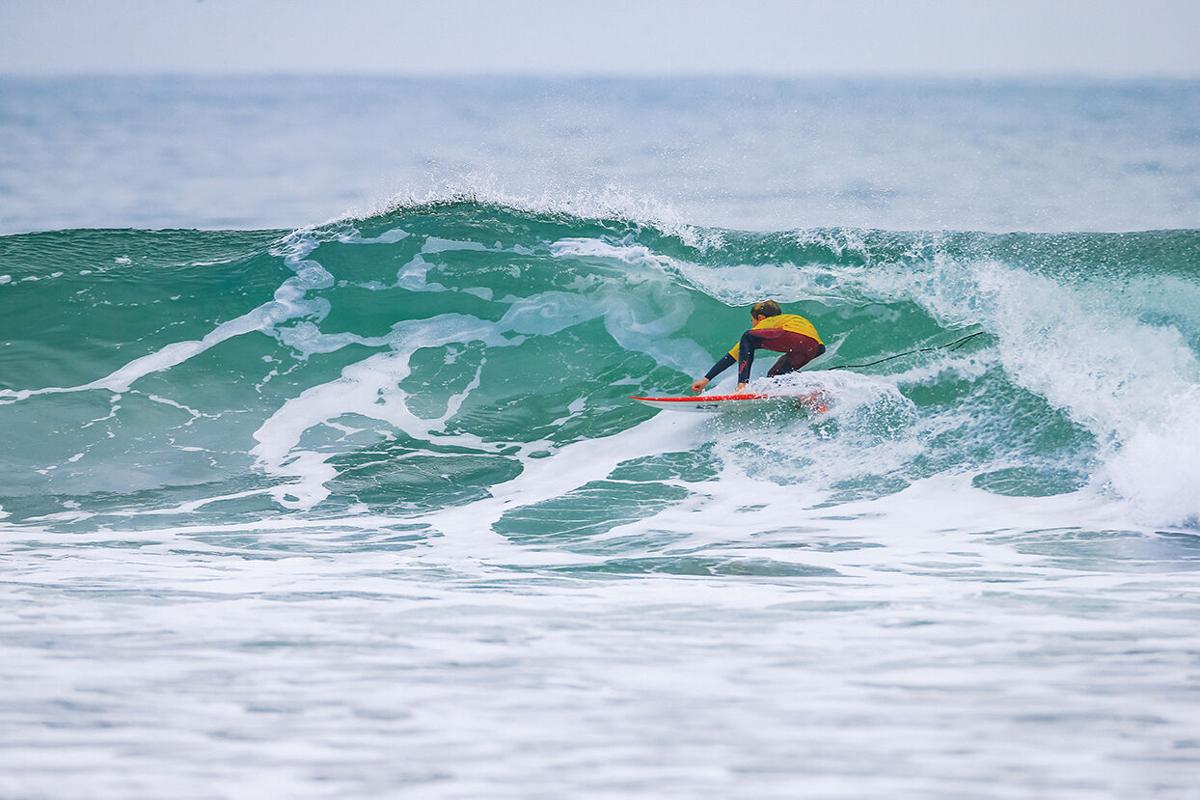 Hawk Modisette in the 2020 Rincon Classic. 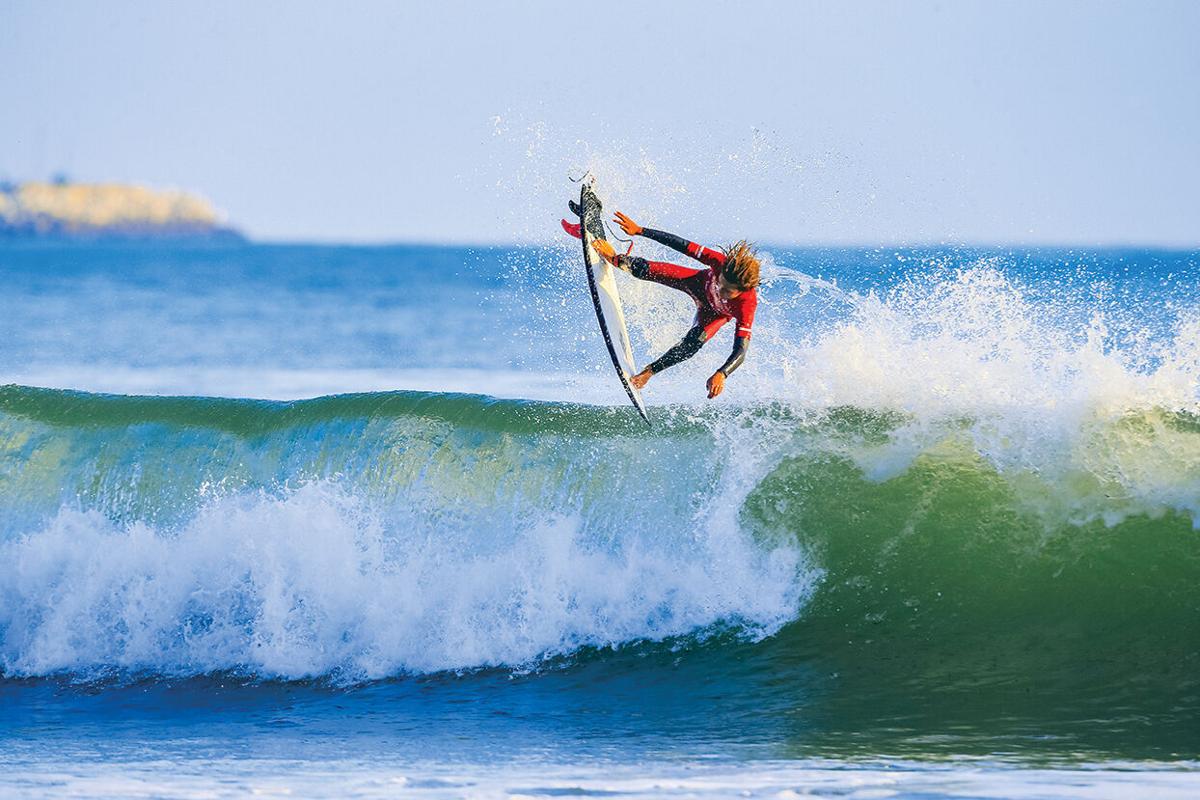 Koa Modisette gets some air on his way to a first-place finish in the Groms division of the 2020 Rincon Classic. 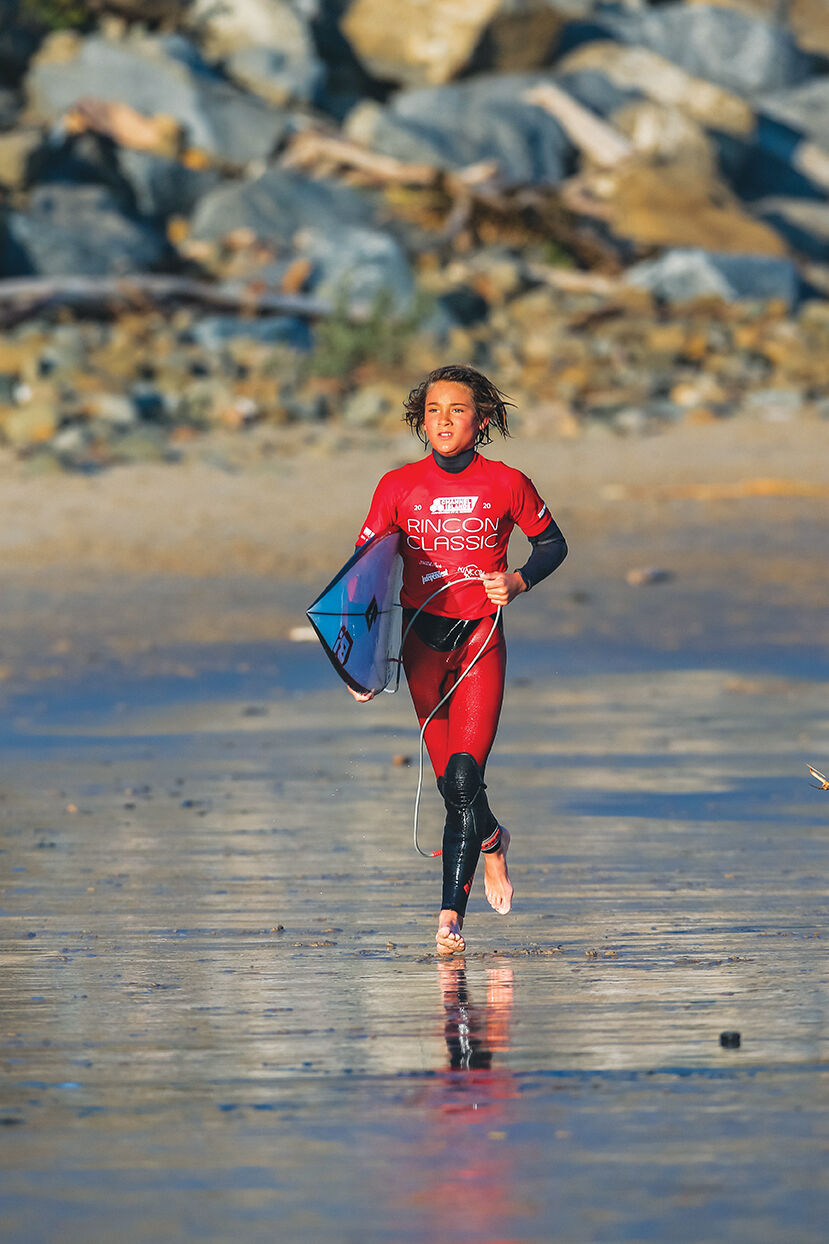 Koa Modisette on his way to a first-place finish in the Groms division of the 2020 Rincon Classic. 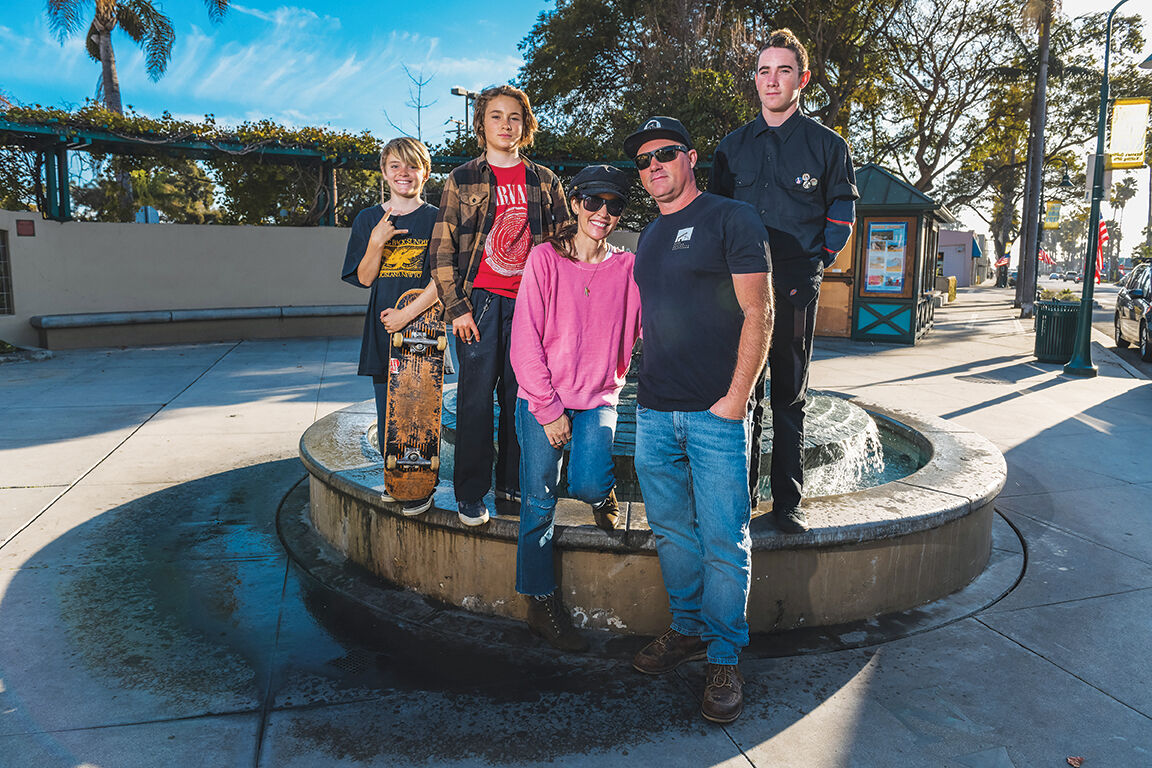 In June, the band Seacliff released a 16-song album recorded during the pandemic. A special guest performs with the boys on an extra track.

Hawk Modisette in the 2020 Rincon Classic.

Koa Modisette gets some air on his way to a first-place finish in the Groms division of the 2020 Rincon Classic.

Koa Modisette on his way to a first-place finish in the Groms division of the 2020 Rincon Classic.

The Modisette brothers, a trio of rising stars on the surf and music scenes, are on their way to calling Carpinteria home. Tahven, 15, Koa, 12, and Hawk, 11, are faces and names to learn now, as the rest of the world will undoubtedly discover the talented trio in short order.

“You’ve got to meet these kids, they are three of the most amazing I have ever seen,” David Letinsky told Carpinteria Magazine. That’s high praise from a local legend who has mentored some of the greatest surfers to come out of the area.

This year’s Rincon Classic proved Letinsky right. The boys ripped their way through the early heats of the contest, and all of them made it to the finals in their respective divisions.

Koa nailed a first-place win in the ultra-competitive Groms division. “It was the best year I have ever had,” he says. “All the Groms were super stoked, and the waves were pumping all weekend … It was an honor to win such a cool contest.”

Proximity to Rincon is one of the perks of the Modisettes’ recent home purchase. Parents Nate and Khasy Modisette bought a home in the Serena neighborhood last year, completing a series of hops along the coast from Santa Barbara to Montecito and now Carpinteria. Though the house is under construction, the Modisettes are eager to become part of a community that has felt welcoming and friendly from the start.

“The new house in Carpinteria will be super sick for our whole family,” Koa says. “We have been dreaming about one of these houses and we got lucky. It’s a teardown but we will make it our dream house. It’s a big move, and I am very excited.”

When there’s no surf, the brothers are often playing music. Their punk band, Seacliff, has gotten some radio play and stage time, too. Tahven sings and plays a hard-driving electric guitar with a passion for rock and roll influenced by Eric Clapton. Koa handles the bass guitar, sings, and also plays ukulele and drums. Hawk plays drums for the band, as well as piano and guitar in his free time.

The boys formed the band a few years ago, settling on a name en route to a surf session. “We got the name one day pulling off the Seacliff ramp to go surfing in Ventura,” says Tahven. “Our Dad said ‘Seacliff would be a good name for a rock group’ and I responded with, ‘Well that’s it!’”

The biggest gig for the Modisettes so far has been to open the show for legendary punk rock band TSOL in Mammoth Lakes. “The show with TSOL was very inspiring,” says Hawk, “because I got to see how a real adult crowd would react to a kid band.”

The boys record their music at Shaping Room Records, though long-term plans are for their woodworking father to build a music studio in the expansive yard of the new house.

The Modisettes’ substantial serving of talent comes with an equal share of humility and gratitude. They all hail the guiding light of their loving parents and describe their surfing coach, Letinsky, as “the coolest, funniest and most amazing man—literally everything you would want in a person and nothing you wouldn’t.”

And they’re all in for their new life in Carpinteria. When asked about his perfect day, Hawk lays out a pretty heavy schedule. “Wake up at 6 a.m. and go straight to Rincon, surf with my friends, then go skateboarding, get food at Delgado’s and ice cream downtown. After that, play music and do it all over again.”