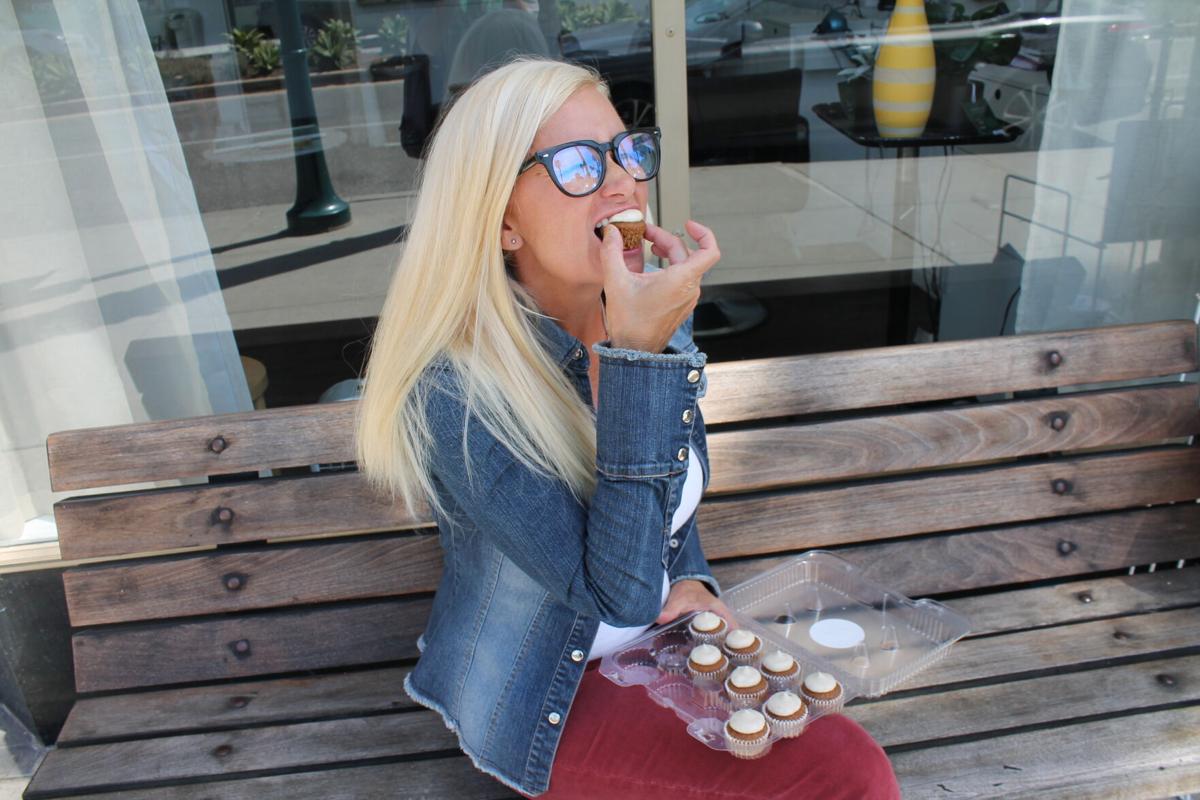 Wendy Jones has returned to baking with her latest adventure, Yodelayheehoo Bakes. 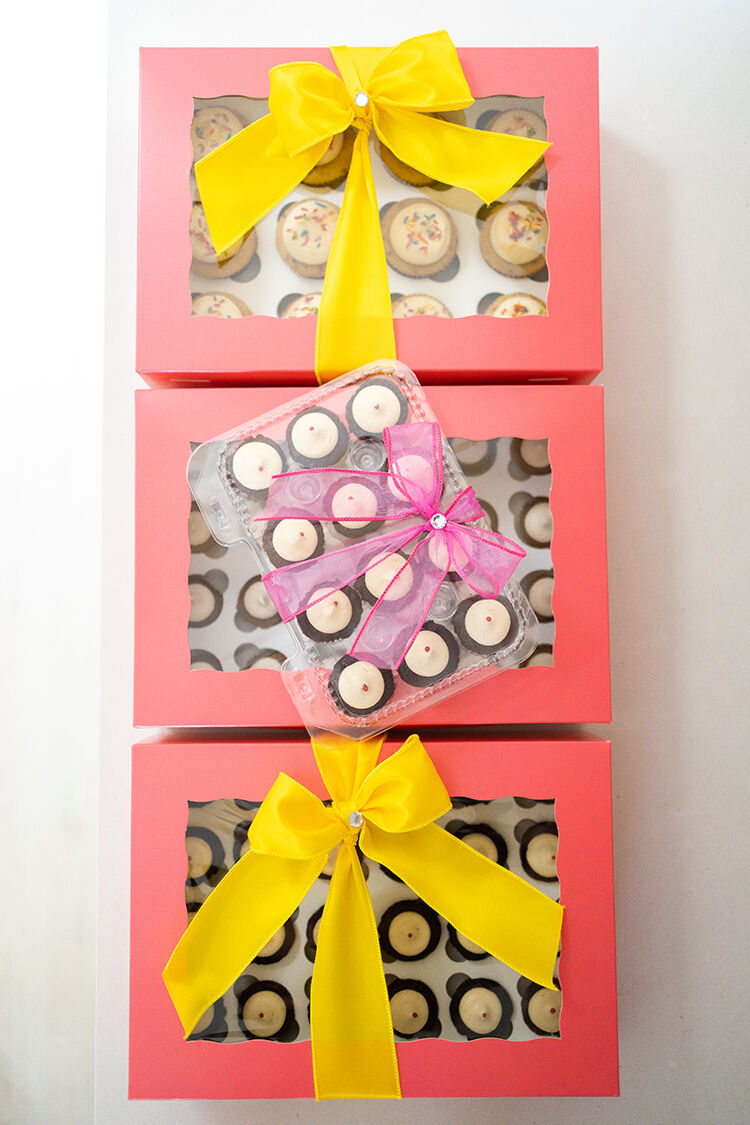 Yodelayheehoo Bakes made its debut at Pacific Health Foods on Mother’s Day.

Jones’ newest line of treats are primarily made with paleo and vegan ingredients.

Wendy Jones has returned to baking with her latest adventure, Yodelayheehoo Bakes.

Yodelayheehoo Bakes made its debut at Pacific Health Foods on Mother’s Day.

Jones’ newest line of treats are primarily made with paleo and vegan ingredients.

Ten years ago, cupcake shop Whodidily – then located on Coast Village Road in Montecito – closed, despite enjoying a thriving business for four years. Former CEO and owner Wendy Jones had been featured on Food Network and catered to an exclusive clientele.

However, she also had three daughters, and the shop’s workload and family responsibilities were taking their toll.

“Since closing the shop, I’ve dedicated my time to my family,” Jones, who moved to Carpinteria seven years ago, said. “It was a much-needed change in comparison to working 80+ hours a week.”

Now, after 10 years of focusing on her family, Jones is ready to reignite her love for cake under the name Yodelayheehoo Bakes, what she calls the “grown-up” version of Whodidily.

“I joke that I broke up with cake and we’re dating again. This time around, I’m extremely aware of time management and my priorities,” she said.

“I know it’s silly, but I think of Madonna who constantly recreated herself over and over and (was) always discovering a deeper self. It’s about being open to who you are becoming and who you were made to be. I’m committed to enjoying this gift I was given every day.”

Yodelayheehoo first made its debut in Carpinteria at Pacific Health Foods on Mother’s Day, offering a paleo vanilla bean cake at the shop; next, the business is taking its mini-cupcakes to Montecito Deli on June 15, which will carry Jones’ red velvet cupcakes and organic vanilla bean cupcakes, which are vegan, gluten-free and dairy-free.

Jones was inspired to start baking more than 15 years ago, after she rented a house in Montecito for a summer and fell in love with the coastland. Her close friend Megan Simon, owner of Beautiful You in Montecito, began to send her clients for Valentine’s Day.

When overwhelming numbers of requests for cakes began to roll in, Jones took a risk and moved from Bakersfield to open her cupcake shop.

“(My shop) became my home quickly and the community embraced Whodidily. So many relationships were nurtured in that space. All of the employees became like our family,” she said.

Whoodidily never invested much in advertising. Instead, it sowed the seeds of community with free cake; when the business had leftover cakes, Jones said she would give away free cakes to keep the “integrity of a freshly baked product.”

Although Jones is extremely confident in the quality of her products, she thinks buying them isn’t just about the cake itself.

“I think (buying cake is about) the experience of being loved,” Jones said. “There is something fascinating about reminiscing about your childhood birthday cake. Some people tell me they don’t really care for cake. Then I proceed to ask them what cake they had for their birthday growing up. They usually pause and a smile starts to crack at the edge of their lips.”

“Slowly the memories start to bubble up to the surface and take them back to the place where they were celebrated and loved. This is what I think the people come for.”

Another source of Jones’ inspiration for her new business come from two of her long-term patrons, who have developed into dear friends and mentors: Christine Costner and Kathy Ireland.

“Christine Costner has been asking me for years to create a clean menu,” Jones explained. “Her family often taste-tests new items, and I can always count on her to give me valid feedback. Kathy Ireland is another inspiration for me. Besides being an exceptional and loving human being, she has been one of my biggest cheerleaders. She is always ordering from me and embracing my new creations.”

She said both women have had a “huge impact” on her, “not just regarding cake, but spiritually as well.”

“I’m grateful that they believe in me and continue to ask me for cake.”

The BBOG menu is composed of traditional items made with all organic ingredients, while the Golden Unicorn Menu is primarily made up of paleo items.

“I started baking paleo because I wanted everyone to be invited to partake at the table,” Jones said. “My heart was broken so many times hearing stories of children and adults who couldn’t because of dietary restrictions. Unfortunately, many of the paleo options out there are subpar.”

She said she’s not quite sure what the next step for Yodelayheehoo Bakes is, but said she is happy her family has embraced her new adventure.

“We have been in Carpinteria for seven years now and have definitely planted deep roots,” Jones said.

“For me, (love) happens to be baking cake for others. When you bring a cake into the room something marvelous happens. Anticipation fills the air and as the cake is set on the table everyone exhales and all eyes are on it. I love being a part of that. I am honored to have the privilege of baking cake for people’s most sacred moments. Something magical manifests that is unexplainable.”

Brenda Tan is a CVN contributor.