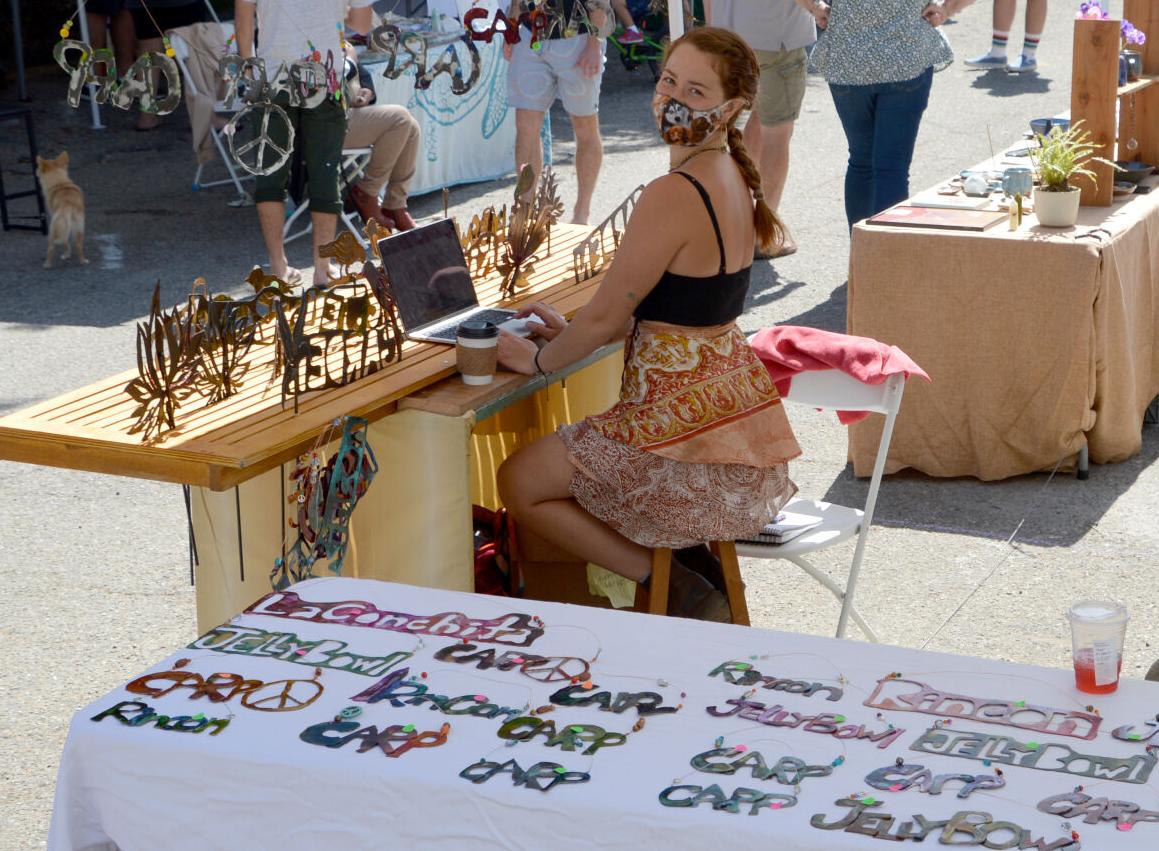 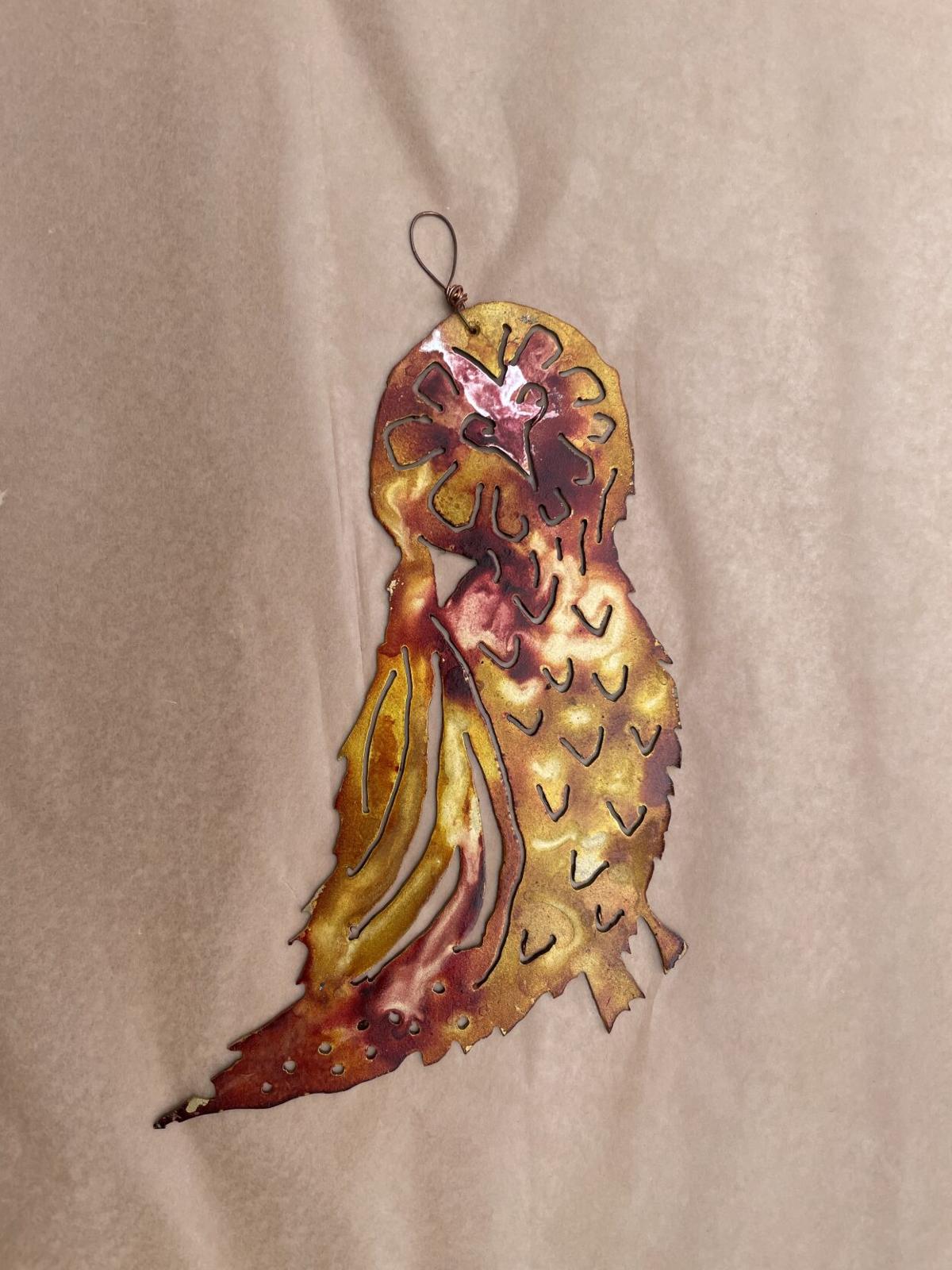 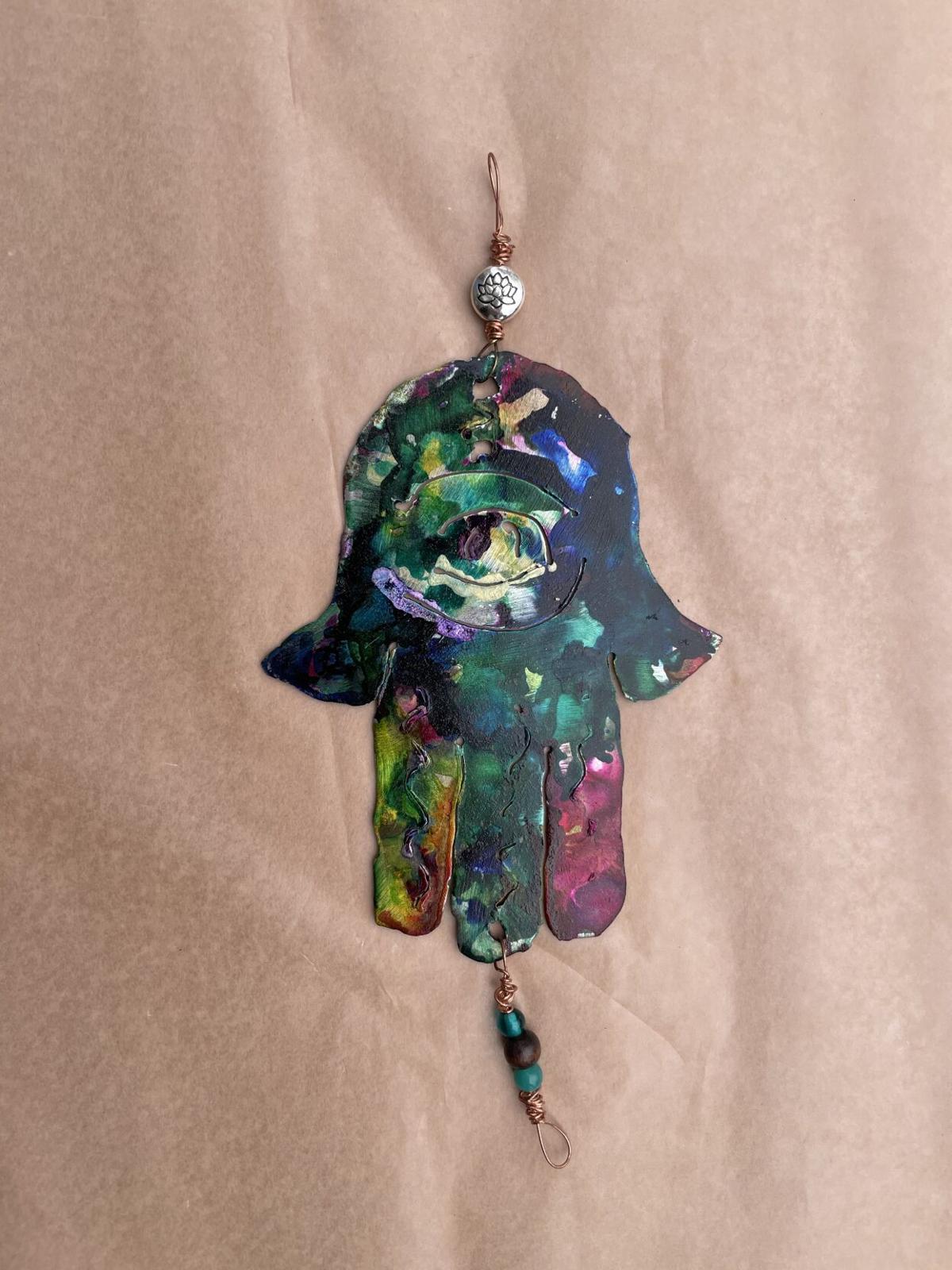 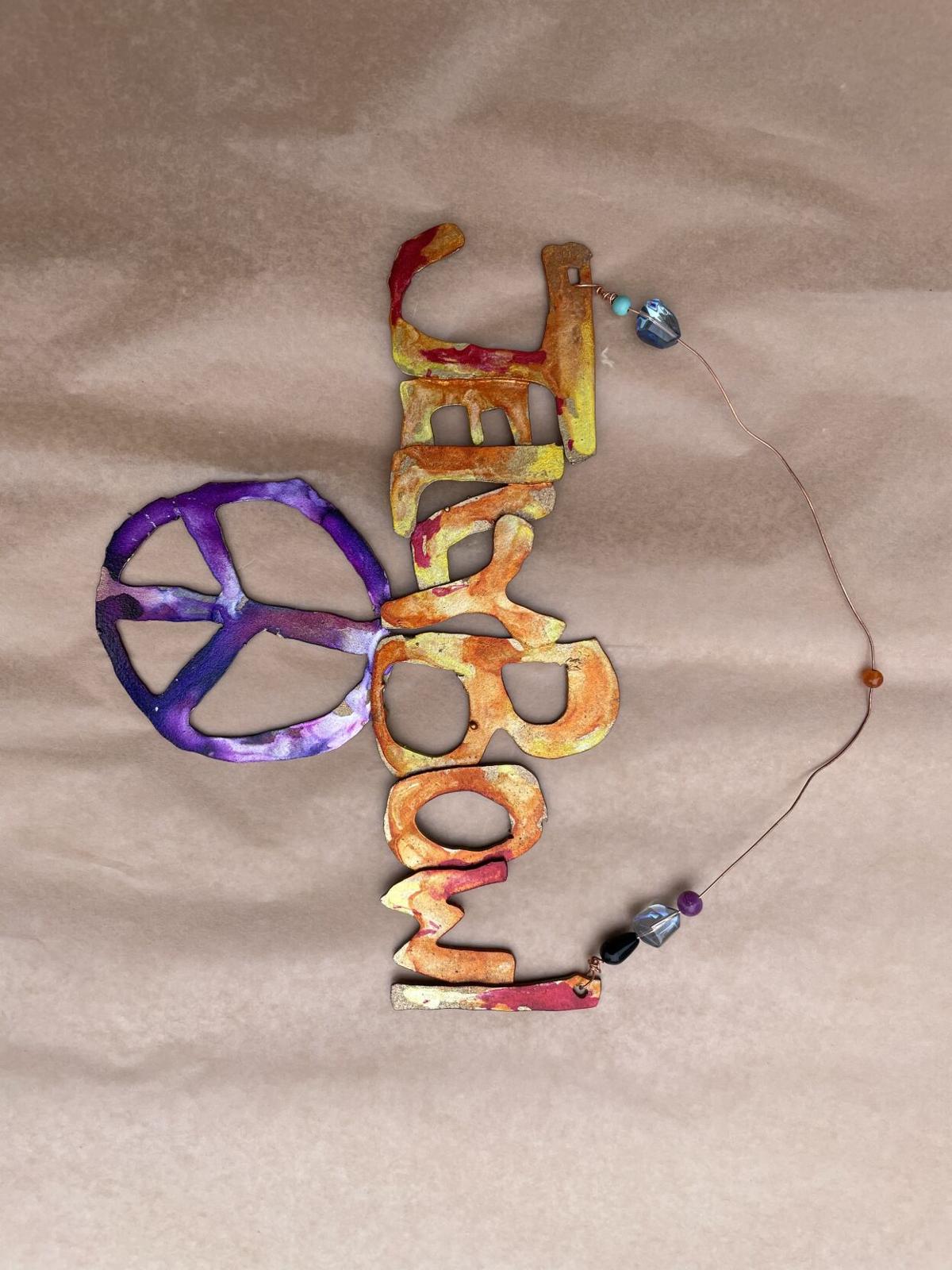 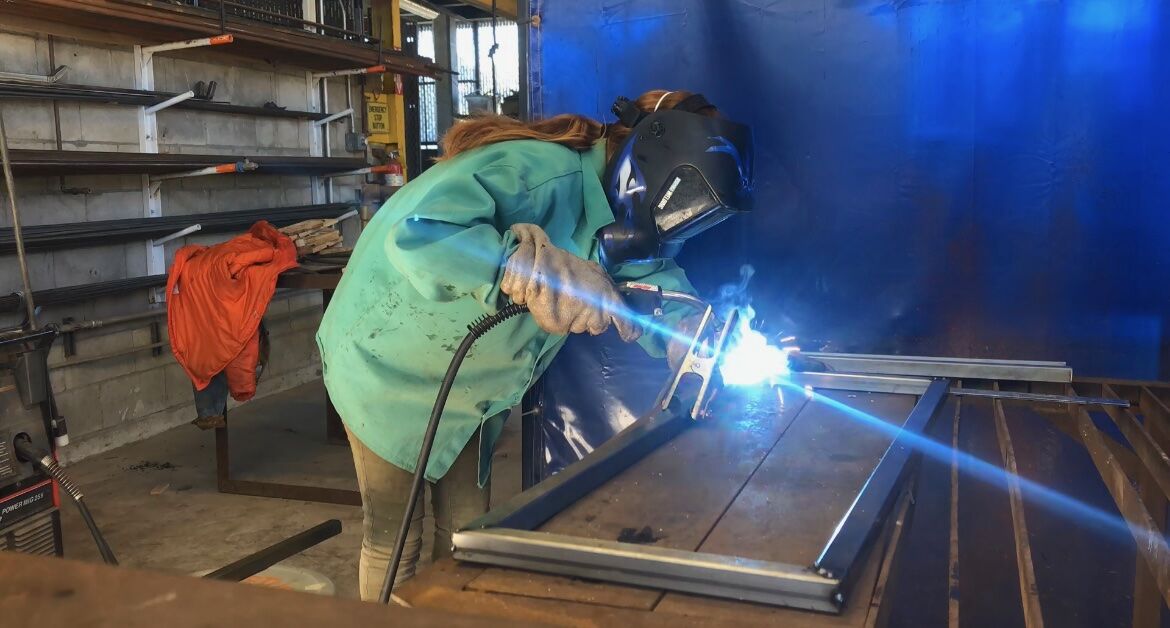 When most people think of art, drawing and painting comes to mind. But for Carpinterian artist Ally James – a current art student at UCLA – art comes in the form of metal-welding, the practice of using wire to fuse together pieces of metal.

“People look at welding as an industrial fabrication and not as a form of art,” James said. “That is crazy to me, because there is so much you can do with the material. It’s something people haven’t seen before, or they haven’t considered the possibilities of the material like they would with another medium.”

Before taking Professor Armando Ramos’ 3D-design class at Santa Barbara City College, James didn’t know that metal-welding would come to be her modus operandi. But five years later, it’s all she can focus on.

“I never thought welding would be my thing,” James said. “People get super intimidated since it’s dangerous, but I think it’s the most forgiving material out of any medium I’ve ever worked with. If you make a wrong cut, just fuse it back together or bend it. It’s a very free material to work with once you get going with it.”

In addition to being her mentor, Ramos has remained James’ close friend; in exchange for teaching his kids how to surf, Ramos allows James to use his welder.

“I’m so thankful for him,” James said.

Prior to welding, James worked with functional fabrication practices like furniture, wood and pottery. But welding helped her realize she could be an artist without having to paint or draw.

“It’s been a really freeing experience,” James said. “It’s been an amazing outlet in my personal life (…) Metal is not only forgiving, but the possibilities are so endless. Metal can be functional or decorative. It’s a really interesting way to (make) an industrial look with a delicate and professional finish.”

James has also started her own metal fabrication business, building signs that may look familiar to many Carpinterian locals.

“My metal welding business started off in the Carpinteria pop-up markets,” James recalled. “I made signs (for) the different beaches in Carpinteria and made a last-minute decision to sell them. I had no idea I would have any success, but I sold out that first day.”

“I love every step of making these smaller, decorative pieces that (remind people) of the town they visited or live in,” she added.

Despite her love for making smaller pieces, James has larger aspirations for her future projects. She is currently saving up to buy her own welding equipment and is hoping to focus on large scale works for local restaurants and homes in the future.

“I want to give the community things that will make bigger statements and have a very Carpinteria industrial feel to them,” James said. “(I want to focus on) work that allows people to recognize the community and (remind them) of how special it is to be a local in this town.”

James’ future plans also include helping other potential artists pursue their education and find their crafts.

“I’m about to graduate. My whole point with my education has been to bring art to the community and open doors for students to (help them) realize there is more to do with art than painting and drawing,” James said. “I hope to go into teaching and make a difference in that way.”

Over the last year, James also began to shift her focus towards environmental justice. Her work embodies the persistence of nature, as well as alternative post-apocalyptic and prehistoric animals. She also works with the concept of home in her documented photos about imposed identity and scaffolding, focusing on home being a place where you reside in your head and heart.

“If you look up the definition of ‘home,’ it doesn’t say a physical place,” James said. “(Home) is a place where a person constantly resides – and your head is the only place where that is possible.”

James’s next big project is a Covid-19 memorial funded by the city of Santa Barbara with other Santa Barbara City College alumni working under Professor Ramos. The group is currently scouting locations and plan to install the memorial around late August.

“We want to make something that includes everyone that’s been affected (by Covid-19),” James said. “I have in mind an installation that will make you visually lock eyes with another person. It’s been important for us to address how disproportionately people have been affected by the pandemic. We still have to figure out how to address it visually, but that is important to all of us.”

To find out more about James’ work or to commission a piece, visit her Instagram page @intense.seal.

Brenda Tan is a CVN contributor.