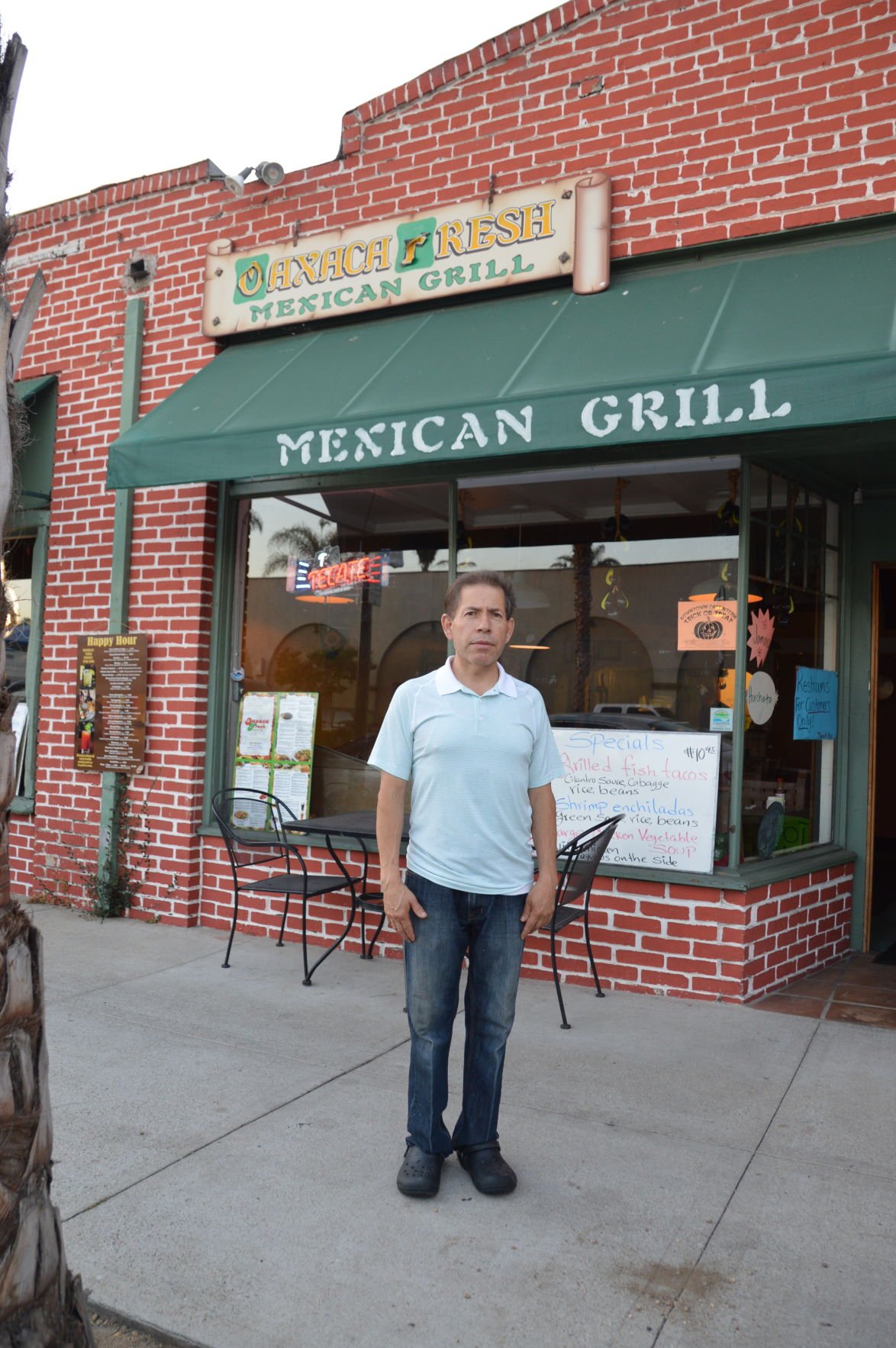 Haile Carmona opened Oaxaca Fresh on Linden Avenue in 2003. His authentic mole is one of the most popular items on the menu. 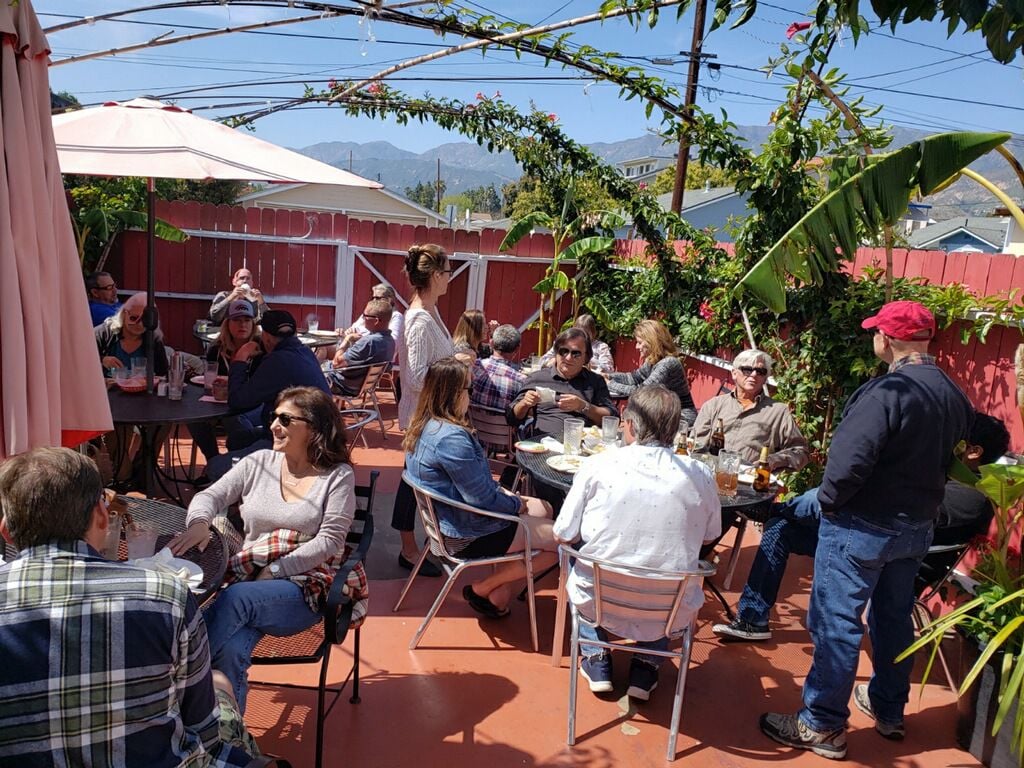 The back-patio seating at Oaxaca Fresh is popular all year round.

Haile Carmona opened Oaxaca Fresh on Linden Avenue in 2003. His authentic mole is one of the most popular items on the menu.

The back-patio seating at Oaxaca Fresh is popular all year round.

Haile Carmona, owner of Oaxaca Fresh on Linden Avenue, grew up on an agave farm in Oaxaca, Mexico, where his family made mescal, a popular liquor similar to tequila. In 1990, he came to Santa Barbara and five years later he entered the restaurant business as a prep cook. Starting from the bottom allowed him to collect the tools he needed to later start a business of his own. Finally, in 2003, with a little savings and a lot of confidence, he came to Carpinteria and opened the authentic Oaxacan eatery we know today.

If Haile could give himself one piece of advice when starting out, he would offer more Oaxacan dishes. “Oaxacan food is well known all over the world,” he said. “When people think of Mexican food, they think it’s spicy. But Oaxacan food is not spicy, it’s mild.” That said, he is quick to clarify that providing more menu options can lead to new challenges. “At the beginning, we had four moles. (The state of) Oaxaca has seven,” Haile says. “Now, I only have one. The most popular style. It’s black and we make it from scratch.”

Mole (pronounced moh-leh) is a sauce that is served over meats, mainly chicken. Out of the seven moles in Oaxaca, Oaxaca Fresh offers a “negro” mole, a savory-sweet handmade sauce Haile and his chefs take two full days to cook. Negro moles are usually thick and include chocolate, chili peppers, onions and garlic. A slight fermentation gives the sauce its distinct flavor. Haile’s secret is to remove the chili seeds, then soak the chili overnight in water to soften and ferment. The next day, the mole is blended with special ingredients and cooked for four hours to obtain its authentic taste.

Authenticity can also be a challenge when it comes to pleasing customers. So, Haile has tweaked a few dishes to better accommodate the local palette, which may not be familiar with traditional Oaxacan flavors. If he were in Santa Maria or Oxnard, Haile said, the menu might be more extensive because many people in the farming communities in those areas are accustomed to traditional foods.

But as his menu changed, some things remained the same. For example, Haile proudly serves authentic Oaxacan cheese. About the size of a soft ball, the savory cheese made from cow’s milk is pulled apart, like string cheese, and served unmelted over “tlayudas” and tortas. Haile describes tlayudas as Mexican pizzas. He imports the big, organic corn tortillas from Oaxaca (about the size of a medium pizza), then covers them with a black bean spread before piling on cabbage, Oaxacan string cheese, pork or beef, queso fresco and sliced avocado. Traditionally, tlayudas are eaten by breaking the crunchy tortilla with your hands. It’s a meal that was invented by indigenous people before the Spanish arrived in Mexico.

“I want to bring the freshest ingredients to our customers,” Haile said. “We try to bring the good stuff.” The good stuff is not only found on your plate, but in a bottle, as well. Patrons can enjoy a full bar that includes mescal from Oaxaca. And if you’ve got a corporate party, wedding or family gathering on your calendar, Oaxaca Fresh offers catering, too.

As many have learned, entrepreneurship offers freedom for creativity and to work for yourself, alongside a variety of tribulations. So, when asked for advice to anyone starting a business, Haile had a few things to say. He noted the importance of not rushing your dream: “Be patient with everything. It’s so hard to find good workers.” And recommended maintaining enthusiasm: “Sometimes, we do jobs that we don’t like, but you have to keep up the enthusiasm and the desire to work.”

After a tour of the restaurant, during which Haile joyfully pointed out woven crafts, art, paintings and photos of Oaxaca, he shared his secret to success: “Consistency with the quality of food.”

Megan Waldrep is a columnist and freelance writer, currently living on a 34-foot sailboat. To learn more about Megan, visit meganwaldrep.com.