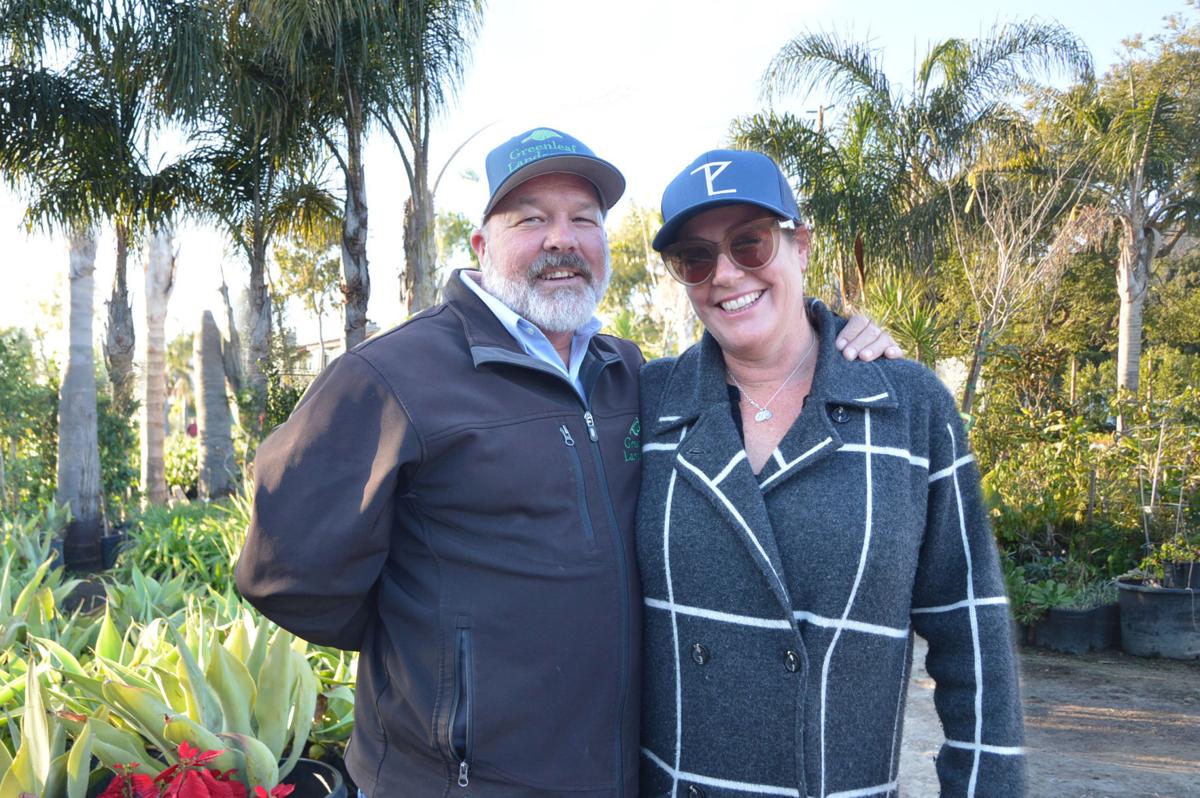 This year’s Large Business of the Year awardees are Beth and Grant Cox, owners of Grant Cox Enterprises Inc. 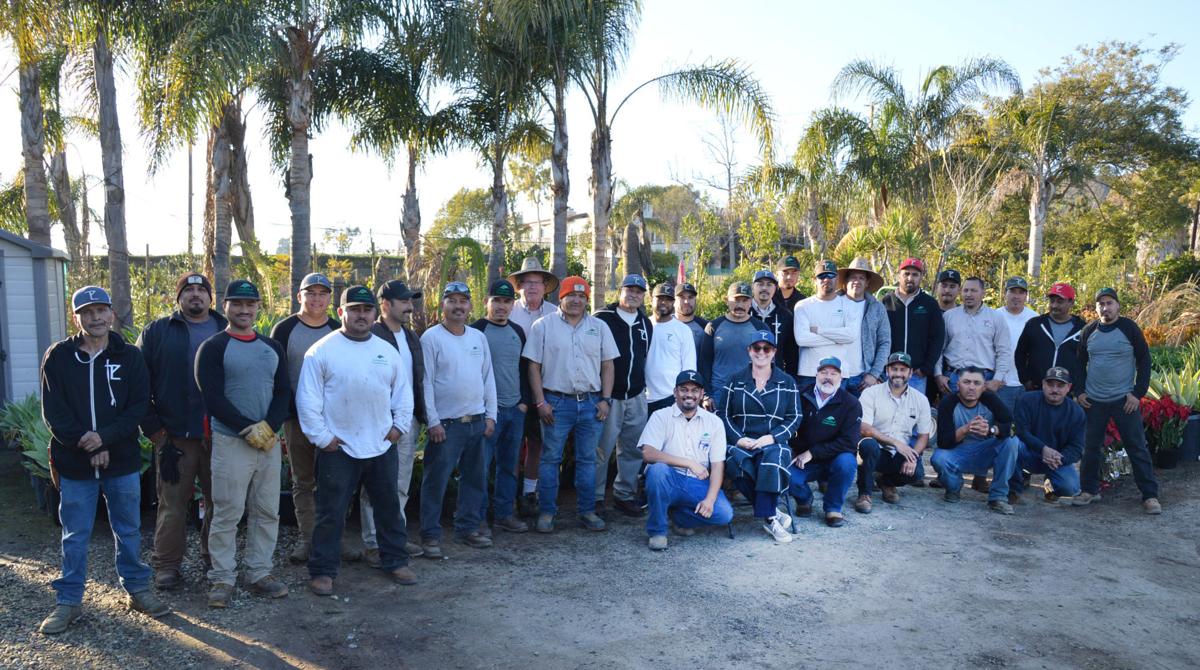 Beth and Grant Cox started their landscaping business in 1999 with three employees and now have 45 employees and over 100 accounts. 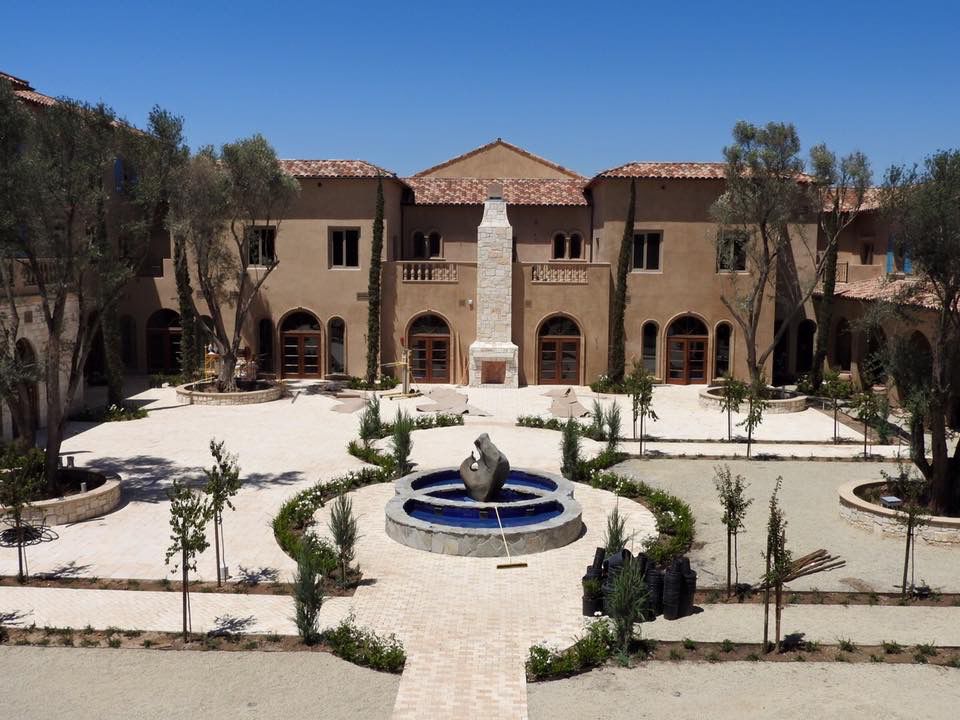 In their largest project yet, the Cox family’s company recently completed hardscaping and greenery of the Allegretto Vineyard Resort Paso Robles.

This year’s Large Business of the Year awardees are Beth and Grant Cox, owners of Grant Cox Enterprises Inc.

Beth and Grant Cox started their landscaping business in 1999 with three employees and now have 45 employees and over 100 accounts.

In their largest project yet, the Cox family’s company recently completed hardscaping and greenery of the Allegretto Vineyard Resort Paso Robles.

Carpinteria Valley Chamber of Commerce has named Grant Cox Enterprises, Inc. its Large Business of the Year. Grant Cox began his company in 1999 in a Black 76 Chevy two-door truck purchased from Ray Seider for $2,500. In those days, surfing Tarpits was his daily inspiration. Using a logo designed by a family friend, David Cota, Grant started Tarpitz Gardening & Landscapes, named after the beach he had ridden his bike to surf almost every day since he was 10.

Grant grew up in the flower industry. His family owned Carpinteria Wholesale Florist, then later Shiprite Floral. He began his company with two brothers that had just moved to town from Washington, originally from Mexico, and picked up a few Carpinteria and Santa Barbara maintenance accounts.

After five years, and over 30 accounts, Grant wanted to do more than just maintenance. He knew he had the skill to design and construct, so he earned his Landscaping Contractors License and incorporated his business as Grant Cox Enterprises Inc. (GCE). He created the landscape construction division of the company named after his family’s middle name—Greenleaf Landscapes.

While his wife Beth was by his side from the beginning, it was Grant’s sister-in-law, Samantha Dowdall-Green, who helped develop the office and human resource systems for the expanded business. Later, in 2014, Beth left her Santa Barbara Law Firm of a decade to help run the company. The shift also allowed Beth more time for their two children and to pursue greater volunteer opportunities in the community.

In 20 years in business, the family has grown the company to 45 employees and over 100 maintenance accounts from Carpinteria to Santa Ynez, Encino, Malibu, Santa Monica and Beverly Hills, as well as landscape construction projects from San Francisco to Beverly Hills. Recently, GCE completed its largest project to date, the Allegretto Vineyard Resort Paso Robles, a 36-month project. “It was challenging to say the least, but a ‘college’ of sorts for many of our employees who are now known as the rock stars of the company,” said Beth and Grant. The company also recently completed a ground-up refurbishment of a 50-acre horse ranch in Mandeville Canyon, Beverly Hills, and are under contract for large estates in Montecito, Santa Ynez and an Equestrian Center in Somis Canyon.

But the business remains a “family business,” and Beth and Grant say they “put family and community first” and make sure their employees can do the same.

“We truly believe in giving back to the community which was the foundation of Grant Cox Enterprises Inc.,” said Beth and Grant. “We have utilized the labor and skill of the company for volunteer projects such as Relay For Life, Relay Recess, Franklin Trail, Santa Barbara Trails Council, The Lynda Fairly Carpinteria Arts Center, California Avocado Festival, Carpinteria Unified School District, Carpinteria Education Foundation, Carpinteria Morning Rotary and Lion’s Club Festival of Trees.”

The annual Relay For Life “Carp heart” and HOPE sign atop the Franklin Trail are also made possible by GCE’s efforts to give back to the community.

“We love the community of Carpinteria and feel so fortunate to have been able to grow relationships in so many ways through our 20-year-old company,” said Beth. “Grant is very passionate about his Carp community and he feels passionately that but for his roots, pun intended, growing up here in Carp was the biggest contribution to his desire to give back and work ethic to continue to want to provide and grow.

“The honor of being awarded Large Business of the Year is such an incredible feeling. We are humbled and so very elated.”