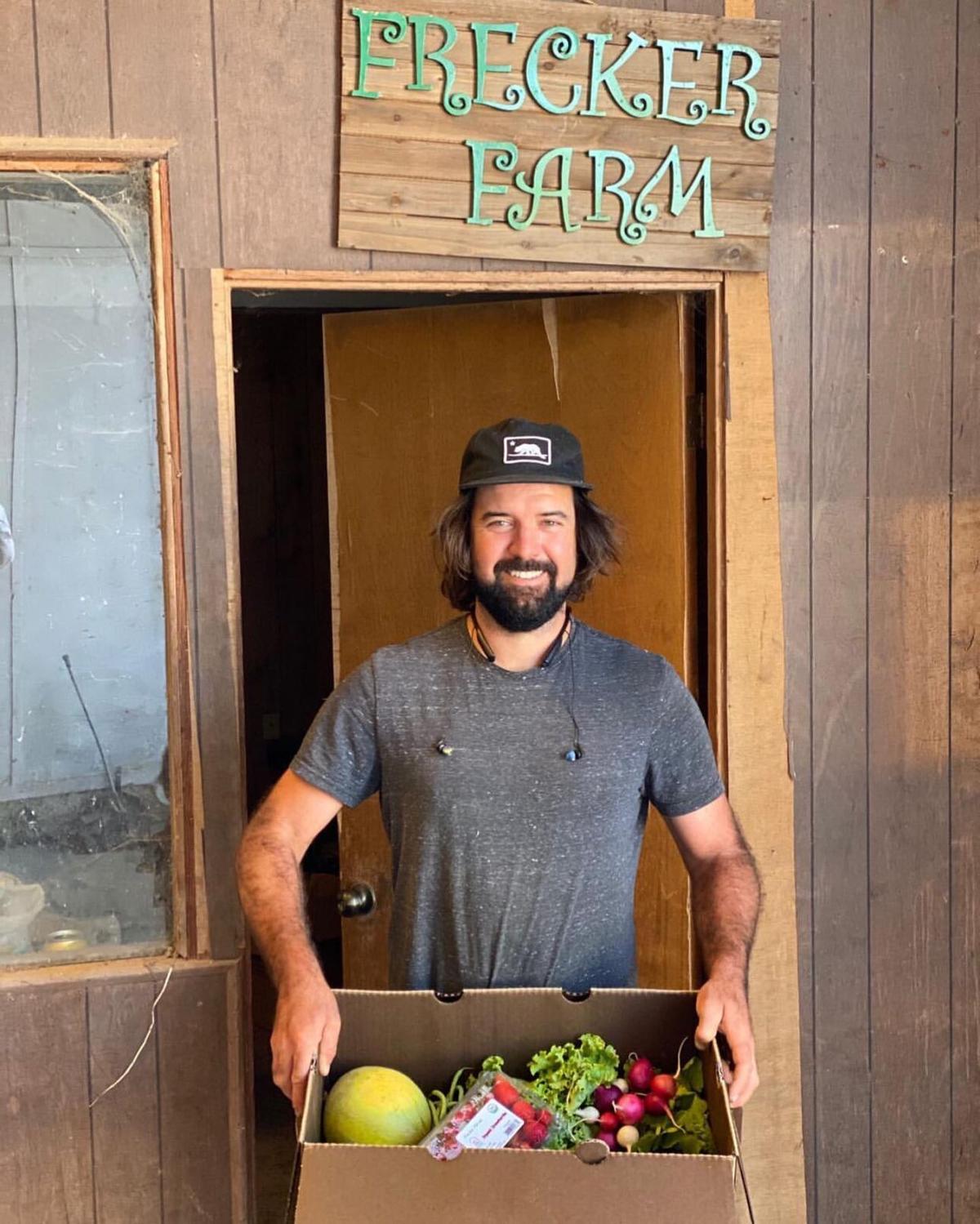 Alex Frecker started farming when he was 14. Today, at 32, he owns and tends to a 40-acre organic farm off Casitas Pass Road. 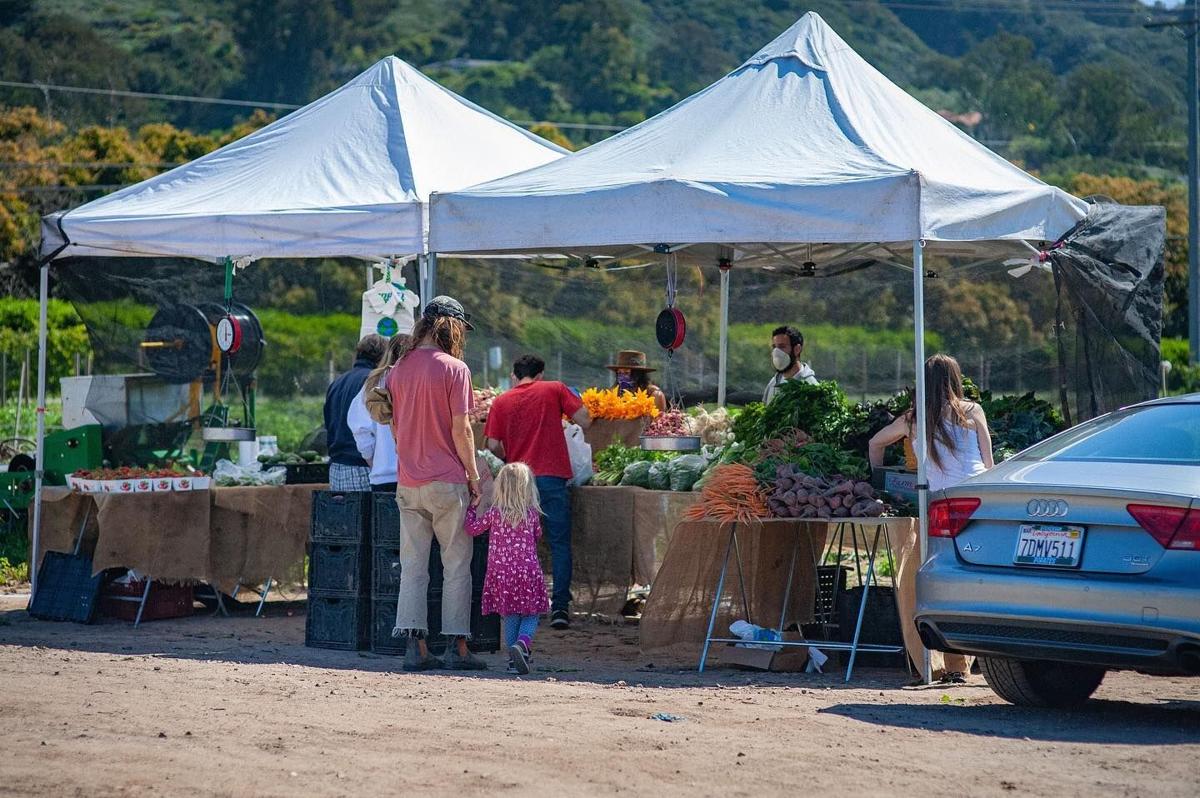 In addition to several area farmers markets, Frecker Farms also sells their organic fruits and vegetables at a stand right on their farm, at 6701 Casitas Pass Road. 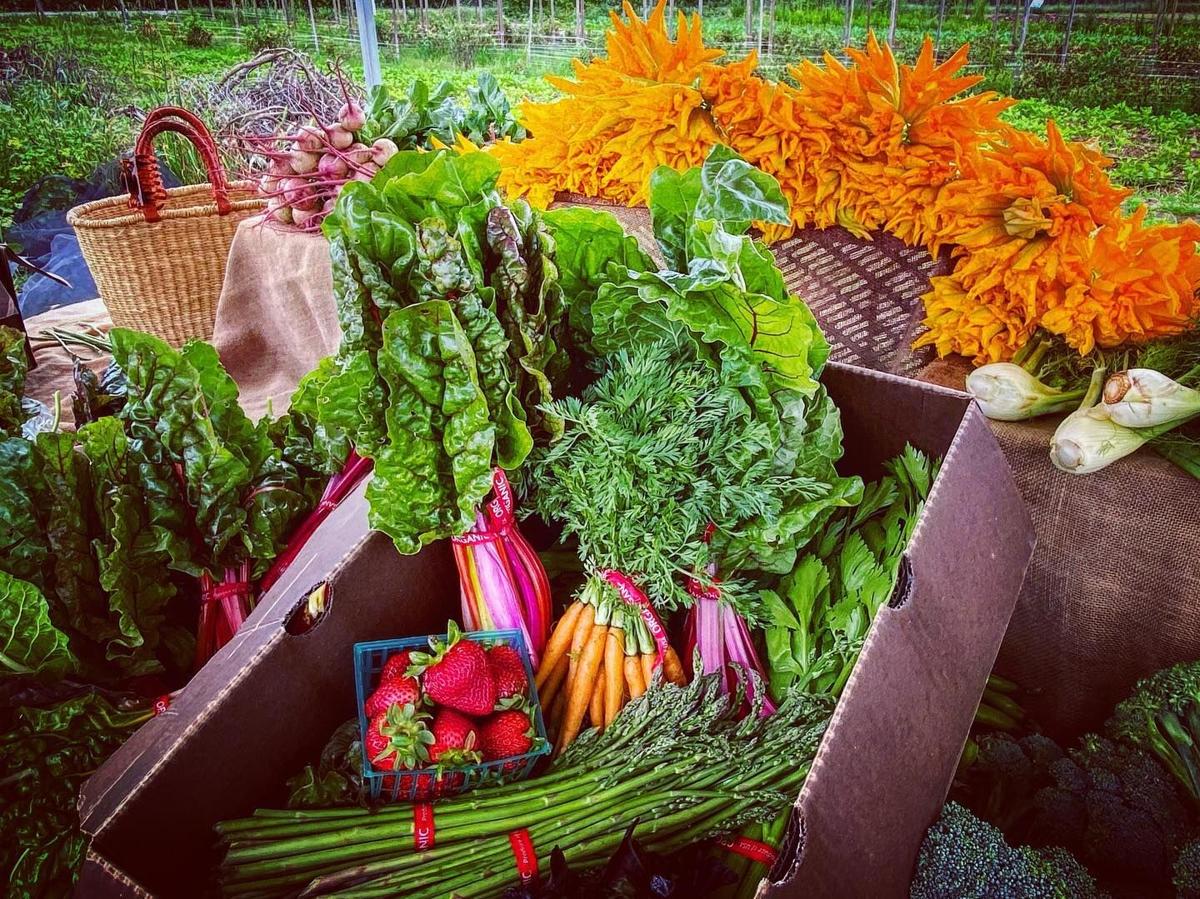 Alex Frecker started farming when he was 14. Today, at 32, he owns and tends to a 40-acre organic farm off Casitas Pass Road.

In addition to several area farmers markets, Frecker Farms also sells their organic fruits and vegetables at a stand right on their farm, at 6701 Casitas Pass Road.

At 32-years old, Alex Frecker owns and operates a 40-acre organic farm with only a small crew of six or seven full-time workers and a handful of people who run the markets. “We have an incredibly efficient crew that does amazing work for our size,” he commented. “In this business … you gotta be quick and nimble and able to problem solve on your feet which is something I love—farming is constantly entertaining.”

Frecker Farms produce can be found at eight of the local farmers markets in Santa Barbara and at a stand Frecker opened on the farm in response to the pandemic. “I feel proud to be something different and it is inspiring to see other people stoked about what we’re doing,” he said. “I think that harboring life is something we all have in us whether we are raising babies, plants  or just community in general.”

At 14, at a father-son pickup hockey game, Frecker met John Givens of John Givens Farm and talked his way into his first summer job. He started by doing Saturday morning shifts at the farmers markets with Givens and his two sons which eventually led him to working on the farm. “I spent my summers putting up the greenhouse, doing field work, and eventually it just became full-time,” he recalled. “It seemed like the Wild West since there was so much to learn. A farm is a constant learning ground with constant opportunity and wonderment that drew me.”

By 2013, Frecker wanted to do more. When he asked Givens about getting a higher position in the company, he didn’t get the answer he was expecting. He recalled, “John looked at me and told me that if I wanted to do what he thought I wanted to do, then I had to do it alone—get the grit and the experience, and figure it out for myself. I was so scared of being kicked out of the nest. I wanted the prestige and the growth without the fear of failure. If you’re in the driver’s seat, you reap what you sow and deal with the consequences of your mistakes.”

With the help of a friend, Frecker rented three and a half acres on Rincon Road. Over time, he got into some of the local farmers markets and began working with small businesses like the IV Cooperative and Harvest Santa Barbara. “It was a time of such tremendous learning,” he said, “pushing forward, willing things to happen, and not taking no for an answer because it was sink or swim. We started growing and I hired a couple more employees, rented 10 acres in the spot we’re currently at and since then, slowly acquired the rest of this property. No pun intended, we’ve really grown organically.”

On how he persevered with his craft through difficult times, Frecker commented, “I stayed with farming because of the endless wonderment. There’s so much potential, even now when I’ve done this half my life … when I see a blank field, I still see endless potential. You can’t ever be bored, there’s always something to do. There’s something satisfying about the physical aspect of farming. You put in the physical labor of weeding the field and seeing it look uniform and beautiful.”

Frecker Farms produce is all hand-harvested. They grow the majority of their transplants from seed which means they are involved in the entire process of cultivation. “During the pandemic, people are realizing that having a closer, direct relationship with their producer is a safer and more consistent position to be in than relying on large scale distribution,” he said. “We are able to create a lot of transparency with the farm stand. There is power in transparency and allowing people to come in and see where the food is grown and experience what it’s like to be on the farm.”

Since opening a stand at their farm site, Frecker has been able to offer a sense of grandness about a farm that people aren’t used to receiving. Frecker commented, “there’s big open spaces, there’s chaos, there’s the organization of perfectly straight rows of plants. Having our hands and feet in the dirt and having this farm has created a real sense of groundedness in me and others that have been around us.”

Visit freckerfarms.com for more information on which farmers markets they can be found at or stop by their farmstand at 6701 Casitas Pass Road on Wednesdays.